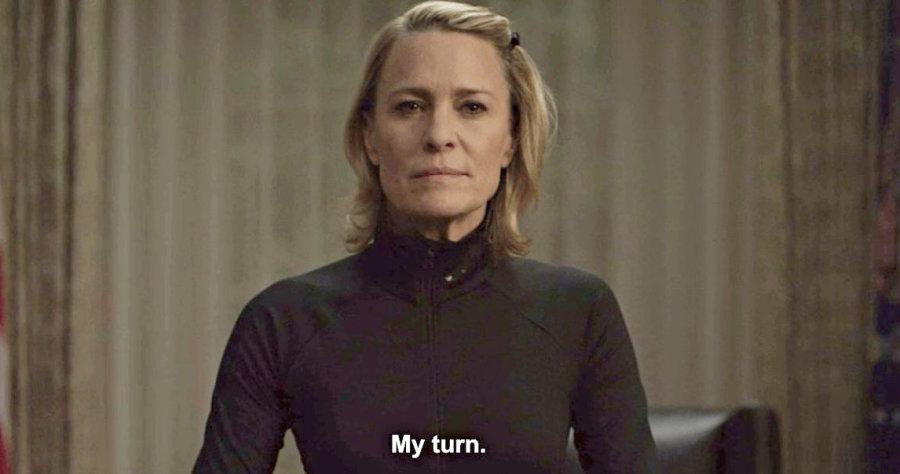 Since Kevin Spacey has been exposed as the utter monster he is, Netflix’s House of Cards — in which Spacey played the lead Frank Underwood — has had a future unknown. But, as they so often say in the biz, the show must go on. And thank god they do because it has just been announced that it will, with Robin Wright (Claire Underwood) as lead.

It’s be the final season for the show, and Netflix has said they’re binning all of the material that featured Spacey. Aside from this decision being the correct thing to do amidst a scandal, it’s also a necessary move for the show’s story. Frank Underwood had become boring and unbearable, while Claire a little more mysterious, unpredictable and — SPOILER — president.