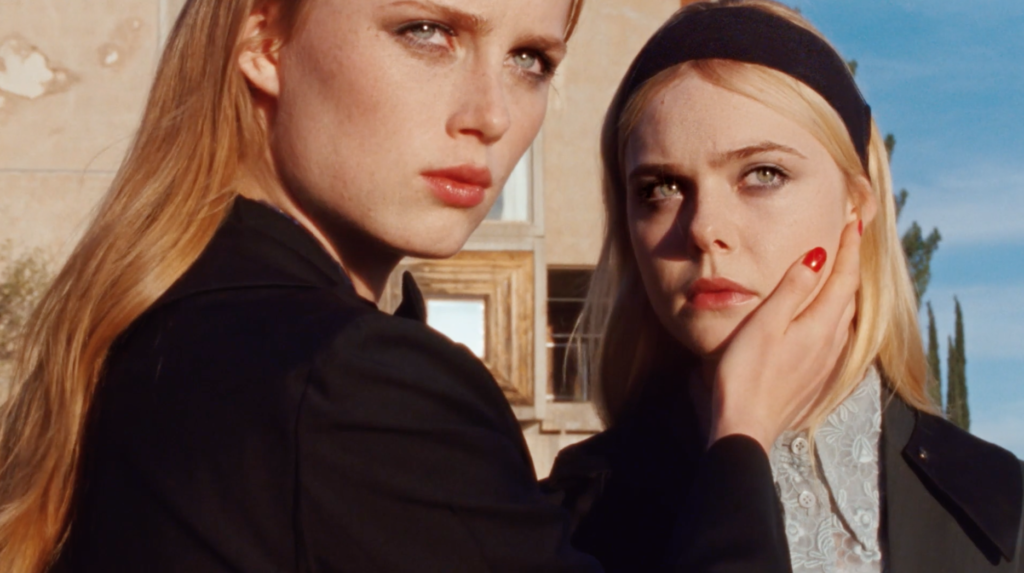 With an incredible collection comes a campaign from Miu Miu to match. Cast with women who’re known not just for having beautiful faces, but for having strong will and the drive to do something about the things they want to change.

The campaign features Elle Fanning, whose work at REALgirl is real important; Adwoa Abdoah, who has Gurls Talk, Save the Children and Heads Together on her work list; Edie Campbell, who is so vocal about combatting abuse in the fashion industry; Cameron Russell, who needs little introduction thanks to her TEDxTalks and Space-Made and Climate Warriors.

The women wander around Arizona’s Acrosanti — a sort of once experimental township dreamed up by Paolo Soleri — while Elle speaks to the future: “The distance between two or more individuals makes it unavoidable that crossing messages never reach the original target. Instead, and always, the messages reach the senses of the successor; that is the me and the you of now.”

“Since organism exists in a space-time reality: receiving only old information and broadcasting it to whom is not yet, while directing it to whom is no more. On a cosmic scale, this means receiving a message from an object that has ceased to exist, for eons perhaps, and vice versa. So we suffer and rejoice about the ghost of a fossil long disposed of, or vice versa.”