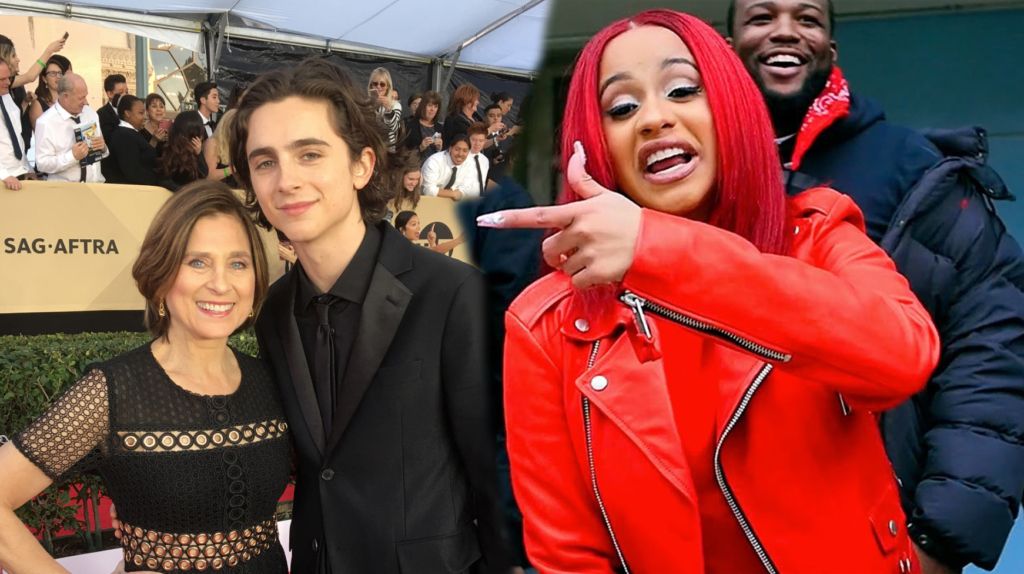 Hey, so, just incase you weren’t already destined to marry or be BFFs with Timothée Chalamet, he just did a really cool thing. While he was roaming around to SAG Awards last night with his mum (awwwww), he got approached about his fandom. Sounds boring, but it isn’t. Do read on.

He eventually got in to talking about a connection he has with Cardi B, becuase she’s from the Bronx and that’s where his grandparents live. He also says, “the music’s lit!”. We’d honestly be fine if everything ended there, but it didn’t. The blessings continued:

.@RealChalamet is a TRUE @iamcardib stan! Yeah, he just rapped #BartierCardi with his momma and SLAYED IT. 😂 pic.twitter.com/XOiGYZyyir

That’s Timothée rapping ‘Bartier Cardi’ while his own mum rolls her fists back. Incredible. We love you Timmy.