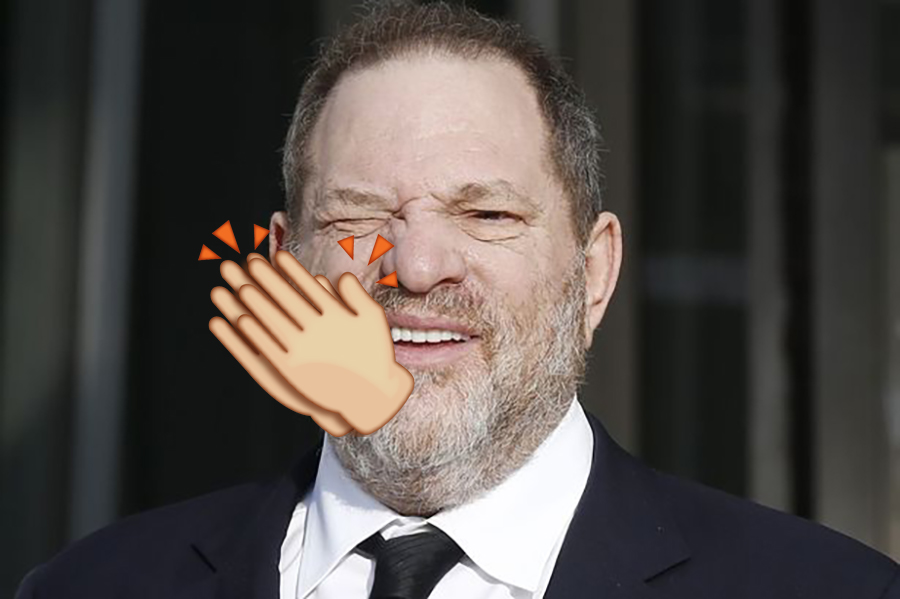 Look. Two wrongs definitely don’t make a right but, in a world of current headlines, we kinda have to admit that we feel a little hit of joy typing out this Harvey Weinstein headline. The rest of the story? It’s also lightly good.

Weinstein is apparently in rehab for sex addiction somewhere in Arizona (k…) and, since the scum of the earth has to eat, he went out for dinner with his “sober coach” and that’s when it hit him.

According to TMZ, a diner named Steve approached Weinstein with a compliment and a request for a photo. Weinstein declined and Steve, who’d had “quite a bit to drink”, then slapped him a couple of backhands while calling him a “piece of shit”.