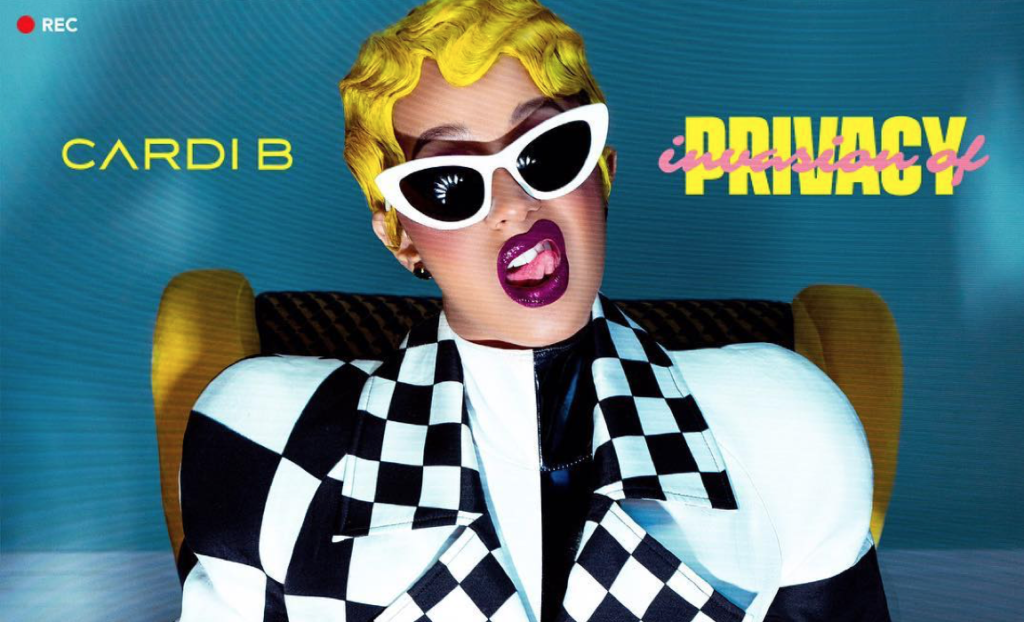 It is real! Ur main girl Cardi B has officially detailed her debut record release. It’s called Invasion of Privacy and it’s out April 6 — next week!

Cardi made the announcement on insta, posting the album artwork — an unflinching still from a video camera, where she’s wearing a full Christian Cowan look that Fran Fine would be proud of, and bright yellow finger waves in her hair. A dream.