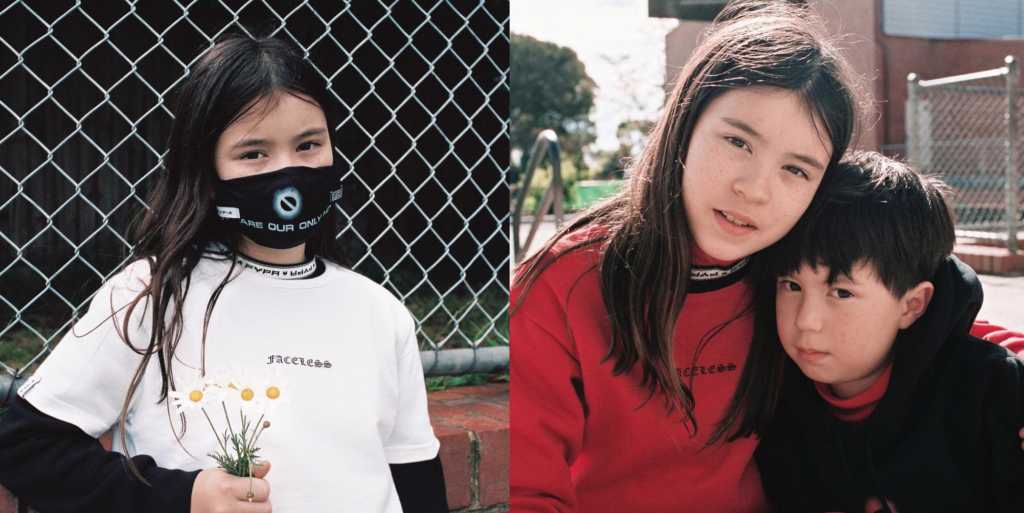 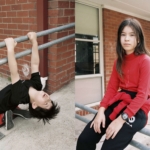 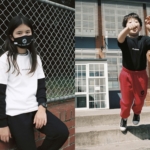 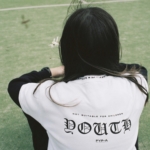 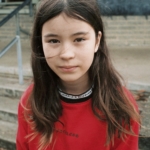 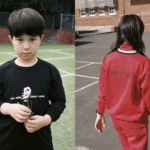 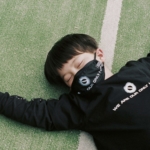 Right now we are wishing we were small children — not just for the zero cares and early bedtimes, but for the tiny-limbed ability to fit into the wares by new Australia label FYP-A. What they do is simple, but fresh: unisex streetwear for kids aged 2-14, ethically produced in Australia and designed by people who know about cool.

These people are Warran Wright and Sophie Guerin, two mates who do a bit of BTS work for one of our fave local labels P.A.M. Melbourne-based, they make and print everything locally, producing with an Ethical Clothing Australia accreditation. They’re stepping away from the ultra-cute and way too swaggy, to create something that’s more chill than an instagram gimmick. Tap through the Phase 01 collection above, and get to know the brand below.

Star Sign: Astrology is a form of mind control.

Any personal beliefs or values that are meaningful to you?
We are our only hope.

Can you tell me a little bit of background on yourself, how/when you started your label, and what you were doing before?
The two of us have worked behind the scenes at P.A.M., also Champion, for quite some time. We could never leave but decided to start ‘something’ because it felt like something was missing… We’re not sure why it ended up being for kids, we didn’t realise at first, but now it feels like the only choice.

What type of person are you designing for?
The pre-apocalypse generation.

If the collection was a colour: Eclipse Red

If it was a mood: Realisation

If it was an animal: Radiation-resistant butterfly

If it was a language: Python, the eternal programming language

If it was a place: Earth, hopefully

If it was a time: Before it’s too late

If it was a song: ‘Believe In The Future’ – Critical Mass

If it was a season: The first spring after a nuclear winter

If it was a food: Chewable Vitamin C

If it was a famous person: Buffy Summers

If it was a YouTube video: This Aphex Twin fan video

If it was a smell: Frangipani

If it was a texture: Carbonated

If it was a quote: “People exist for love and revolution.” – Dazai Osamu

If it was a film: D.A.R.Y.L. (Data Analyzing Robot Youth Life-form)