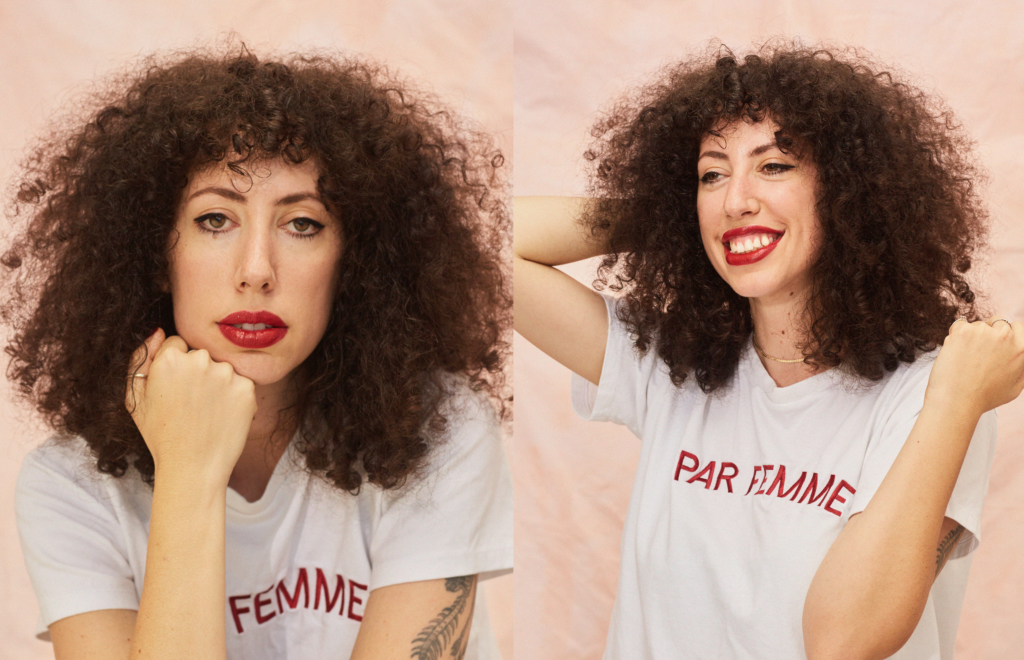 Jerico Mandybur is a super talented woman, and she’s nice about it. She’s the kind of gal you wanna be, and be friends with. Full disclosure: she used to be the Edtior over here at Oyster and, even though we’d be nowhere without her, this praise comes straight from the heart.

With Jerico’s new gig over at Girlboss, she’s been able to pull together the resources and confidence to host her own podcast. If you’ve got any interest in self-care, mental health and tarot (hello my bio!), you’ve got to tune into Self Service. Every Sunday morning she hosts the show brings in awesome guests that promote everything from drinking enough water each day to dealing with dark thoughts.

“My wish is for it to be an accessible and inclusive ‘way in’ to learning about self-care, healing and spirituality.” Jerico tells us. “I am so grateful for the powerful platform … I don’t take it lightly at all, especially as a queer, half-Egyptian weirdo from Australia.” And, we’re sold!

Head here to subscribe, listen and bask in Jerico’s Self Service realness. And get to know her a little better below…

Omg, firstly, can I just say the intro to your show is sooo good. Was this your brain work?
It was! I wanted it to be fun and funny. A lot of wellness-type content out there is unintentionally hammy and I love that, so I thought I should do a Sheryl Sandberg and ~lean in~.

I never thought I’d hear someone tell me to service my heart as well as encourage me to talk shit. You’ve really found a niche in ~relatable~ self-help…
Thank you! I was having a hard time explaining what I wanted it to be until I told my friend “it’s shit talking about self-care and new age stuff, without trying to justify it” and she got it.

How far have you been into self-help stuff before? What kinds of media and methods were you using to discover mental self-care?
Yes, so much! I didn’t really talk about it ever, because it wasn’t cool to be a witch for a while there, post-Fiona Horne era. I had books like The Happiness Trap and Get Over It stashed under my bed while Dostoyevsky et al. was on my bookshelf. The shame. I played with tarot cards when I was a kid at my Dad’s girlfriend’s house too, and had a deck when I was in school but I kept them under my bed because I genuinely thought they might conjure evil. I was lucky to be familiar with meditation and tai chi from a young age, so that’s always been an interest too. But the biggest thing was probably just writing and visualising — setting intentions and doing little DIY rituals that made me feel like I could work through things in a way that was less judge-y than a psych. 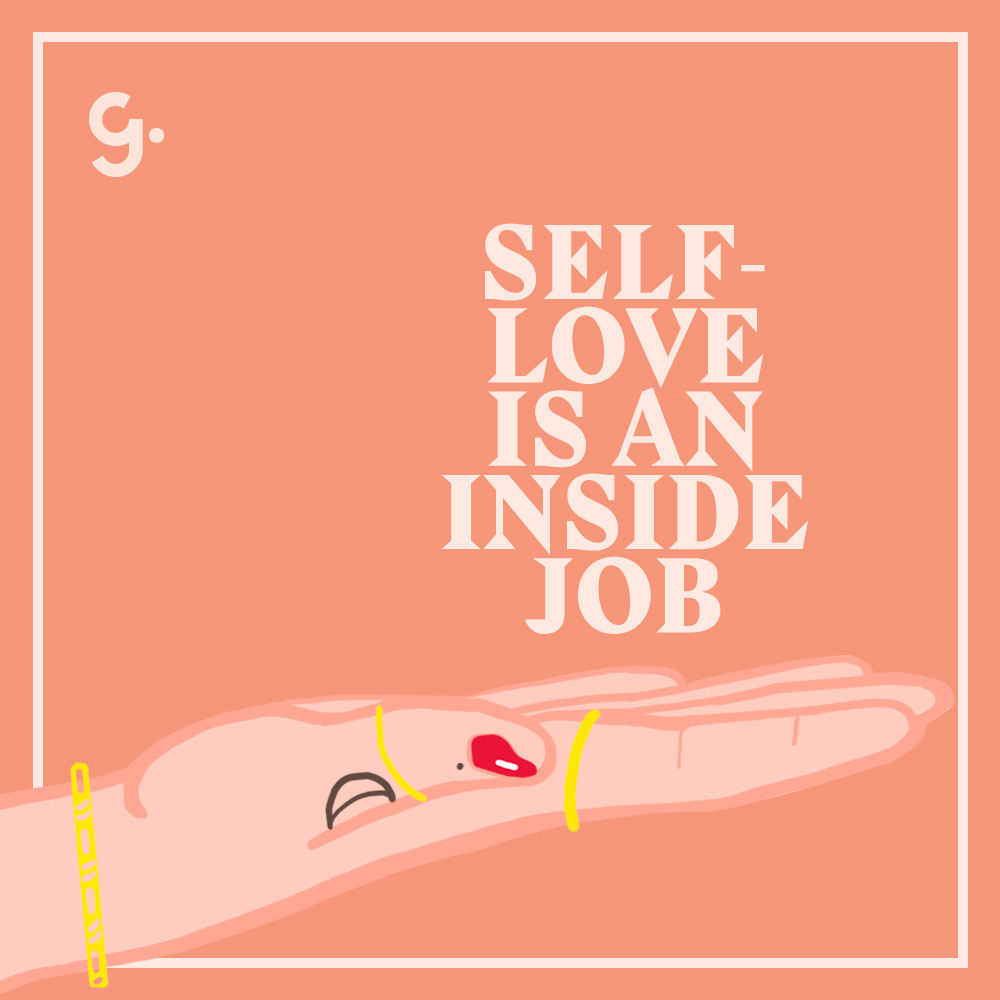 So, I promise to stop saying “self-help” now, because it feels weird for some reason. Let’s move on to the tarot quarter of your podcast. How long have you been into it?
In a serious studying/reading for people way, only a couple of years. I had a teacher in Sydney who was taught by an occultist mathematician in Kings Cross in the late 60s! And I studied over Skype with another teacher after that, who I love. I’ve tried to read for as many people as possible in that time. Some people have been total ‘believers’ and other people just think it’s fun (or they’re humouring me, which is nice). I had ‘DM for tarot readings’ in my Instagram bio, but that started getting out of hand and I had to do some self-care re: boundaries.

I remember subscribing to one of those expensive newsagent products where you collect a few pages and cards and rocks every fortnight. I never committed to purchasing until the end but I really wish I did. Was understanding it difficult for you, or did you pick it up right away?
I always wanted to do a subscription thing! It’s not that hard once you figure out a few basic structural things and trust your gut. Like, there are 78 cards — 22 Major Arcana cards and the rest are minors. Minors are just like playing cards; there’s four suits (Swords, Wands, Pentacles and Cups) numbered Ace to 10, plus a King, Queen, Knight and Page. Each suit has an associated element/meaning, and same with each number and court card. So yeah, it’s a lot to remember but there’s room for personal intuition/interpretation and an underlying system. It’s not totally rando.

Can you pull a card right now and dish the meaning to our readers?
Okey dokey. I got the 2 of Pentacles. Pentacles are lil’ coins that represent earthly stuff like money, work, sex, housing—any real life resources, rather than intangible things, like emotions or spirit. This card to me, is about balance, priorities, patience and flexibility. It’s the card of the multi-tasker and says juggling a bunch of different things at once is possible if you stay agile and put your energy in the right places. Don’t let bullshit distract you, and focus on the smaller things, which lead to bigger results. Like, it’s not realistic to dream of being an overnight success, for example—you have to put the time and energy in first, so you know what you really want to go after.

Back to the podcast — I think it’s very brave and cool of you to introduce yourself as someone who has dealt with trauma, mental health issues and low self worth. What are some things you’ve learned that have helped you deal?
Thank you! Honestly, I have learned a lot and also nothing. Like, the guests on the show are so knowledgable about self-care, and I get cool ideas from them on practices to try. The people who listen are teaching me a lot too! About vulnerability and support systems. But in other ways, I’m still doing the same shit everyday I know is bad for me, like staying up way too late and not eating fruit and veg enough lol. I think that just speaks to the fact that self-care isn’t a one-time promise you make yourself and BAM you’re healed. You have to keep it going constantly and just do your best day by day.

You also revealed that when you first started your job at Girlboss you developed blood poisoning. The same thing happened to me when I took on a bigger role at Oyster (and accidentally said yes to too many freelance jobs). Why do you think we (would it be wrong to say women?) often forget about our physical selves when we’re giving ourselves to other things?
Ugh, the patriarchy. And I’m sorry this happened to you too! I think women and feminised people are taught from a young age that their value is in giving, giving, giving, so the emotional labour that we often pour into stuff is often symptomatic of a need for validation from the ‘receivers’ around us. Or maybe even just an expectation that others think like us, and will do the same? But obviously not everyone is so ‘selfless.’ And selflessness is not always a virtue either, especially when it’s misplaced. 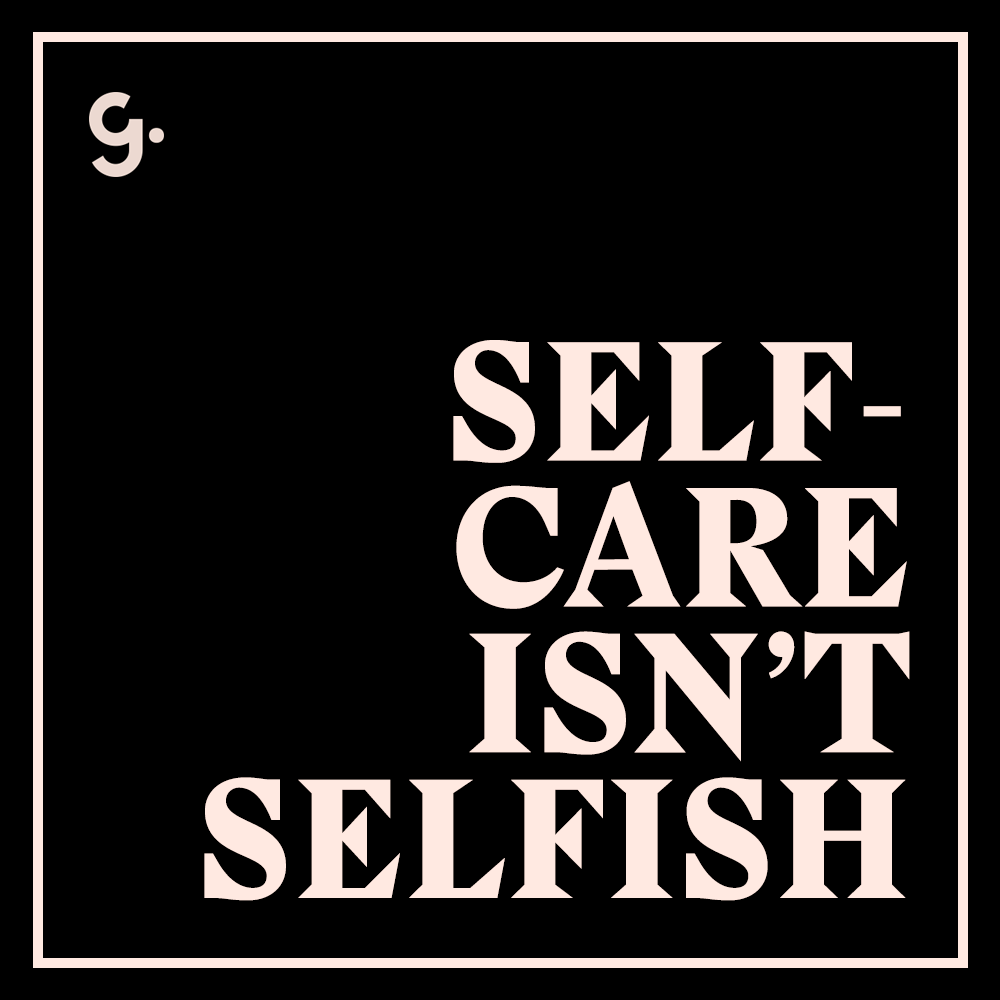 What are three things you’ve been doing on the daily to make sure you’re healthy and strong in mind and body?
I have a bath every single night, despite having a very shallow, uncomfortable bath (I am tall). I also try to meditate on a tarot card daily, and either listen to a podcast, read for a while, or watch some YouTubes. And I’ve been trying to drink more water, always.

And, more importantly, what are three things you’ve been avoiding… that you might recommend we avoid too?
I love this question! I’m trying to avoid so much, but the top three are: Stalking the social media accounts of anyone I don’t actively like and/or have a healthy relationship with, keeping my thoughts to myself when I really should be communicating better, and worrying about whether people like me or not.

Finally, what are we to expect in future eps? Can you give any teasers?
Well, we’re speaking to a bunch of incredible, interesting guests. From the founder of Black Girl In Om, Lauren Ash, tarot-reading and illustrating artist, Mary Elizabeth Evans, the co-creator of an astrology app that uses AI technology to auto-generate a daily forecast (*Rove McManus voice* what the?!) and more. Plus, we’re going deeper on topics like anxiety and codependence etc. Plus, the planets are changing daily, so each week’s horoscope forecast is new.

What’s the feedback been like so far? Any glowing reviews from people you admire?
People have been really nice. I’m getting a lot of sweet messages from people who are trying to look after themselves better, like me, and that makes me feel like I’m doing a good thing! The guests that I’ve reached out to, and admire, have been really supportive, even though they have their own shit going on. And so far no one has really dragged me on social media, so Goddess bless.