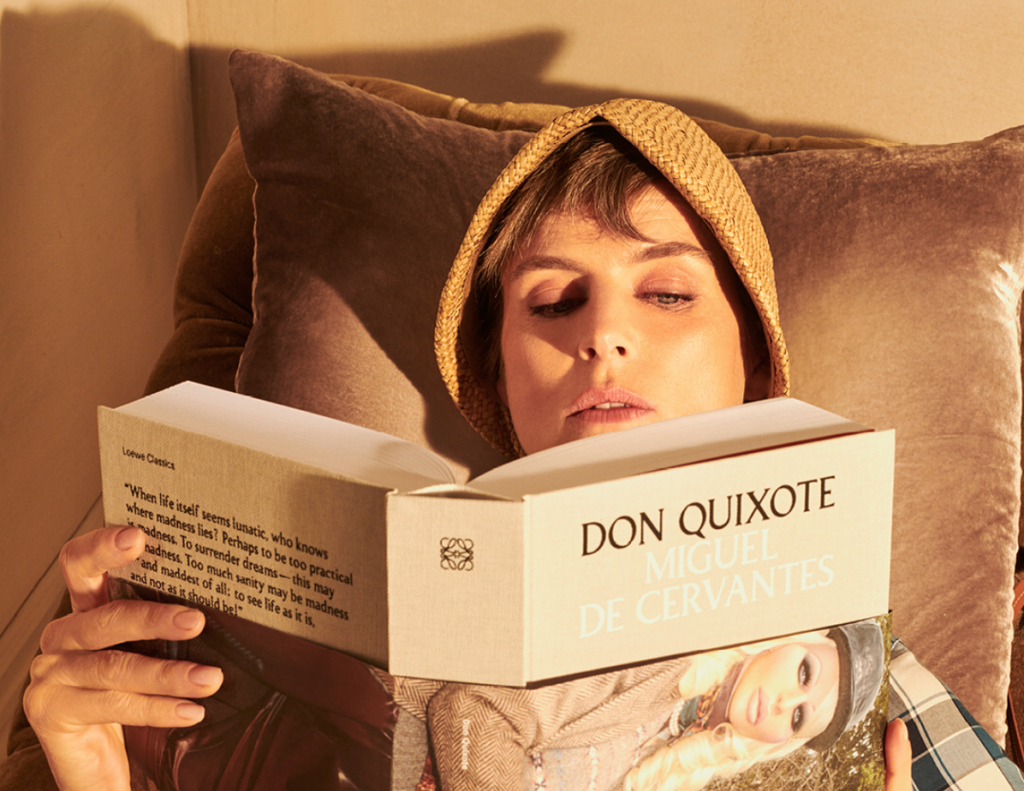 Loewe is just about to trot its new FW18 collection down the runway (at 9.30am CET), and we are prepared for something cute and smart. I mean, how to top the bread hats and kitty bags from last winter?

Loewe’s creative director Jonathan Anderson has already released the campaign, which gives us a hint at what’s to come. Steven Meisel photographed Stella Tennant reading the Spanish literary classic Don Quixote by Miguel de Cervantes — Loewe had previously announced a series of books, which it will be publishing with vintage Meisel images repurposed as book covers.

A second image by Meisel shows Tennant and Elise Crombez trapped in an old elevator, topped with red wigs. But what does it mean? Watch the live stream below and find out 😉