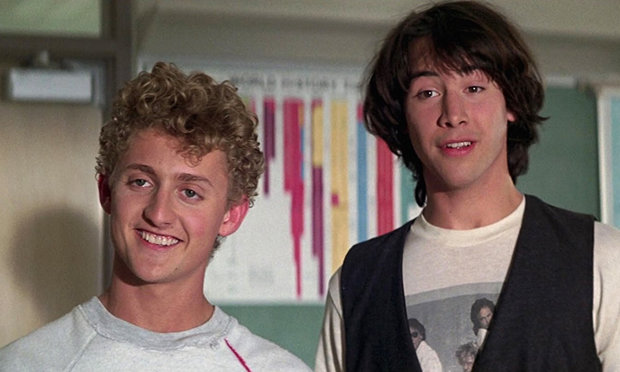 A third Bill & Ted is somehow happening and we have the good word that Keanu Reeves and Alex Winter are confirmed to return to their roles — nearly three decades later the release of the first in the series, 1989’s Bill & Teds Excellent Adventure.

According to The Hollywood Reporter, the script has been written by the original creators Chris Matheson and Ed Solomon, and Dean Parisot is on to direct. Titled, Bill & Ted Face the Music, the story goes that the pair have to write a song that will keep the fabric of time and space from tearing apart with “the aid of their daughters, a new crop of historical figures, and some sympathetic music legends.”

There’s no release date as yet, but it’s being shopped around at Cannes rn.