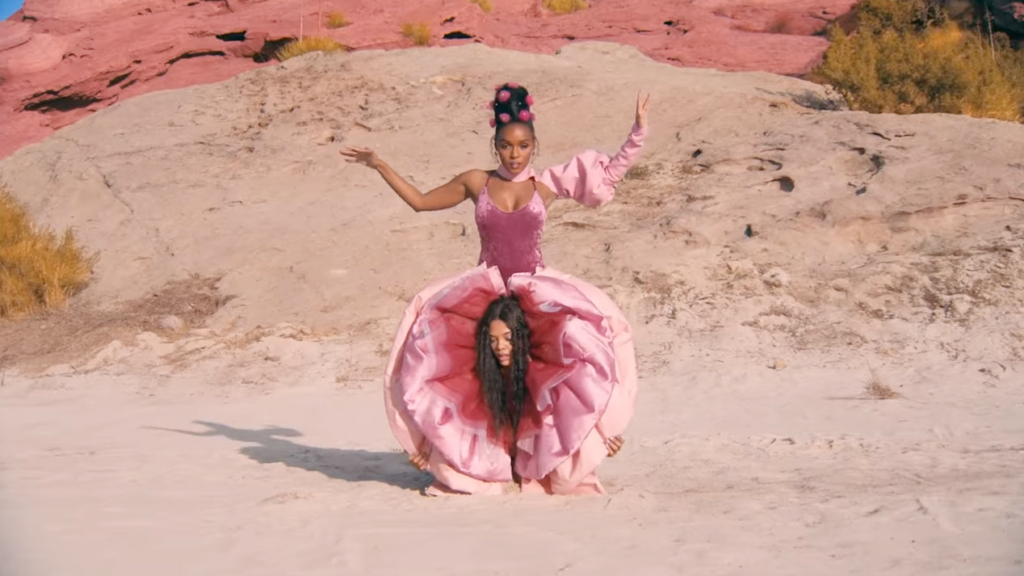 Attention all Janelle Monáe fans (and women in general): you might soon be able to buy a pair of the pink pussy pants Monáe wore in her recent video. Yep, those ones — and that video.

At a recent event for her new album, Dirty Computer, the singer told People Magazine that she was “working on” mass producing the iconic lewk.

“We may be working on that,” she said. “I’m so tickled and honored that people are talking about the Pynk pants, I think that it’s so cool to have discussions around women’s issues and women’s bodies.”

If you’re unfamiliar (or your WiFi’s been shotty), Monáe recently released a new video for her song ‘Pynk’. Co-starring Tessa Thompson, the visual shows Monáe and her girl gang doing coordinated dance moves while wearing pants that look like, well, vagina lips. At one point, Thompson even pokes her head through the ruffles, and it looks like Monáe is giving birth. It’s weird, but also amazing, and apparently we weren’t the only ones who wanted a pair.

She went on to say that ‘Pynk’ was her way of shouting out all types of women.

“There are some women in the video that do not have on the pants, because I don’t believe that all women need to possess a vagina to be a woman,” she explained. “[…] I wanted ‘Pynk’ to be a celebration of women who are unique, distinct, different, may be different from one another but when they come together they create something magical and special.”