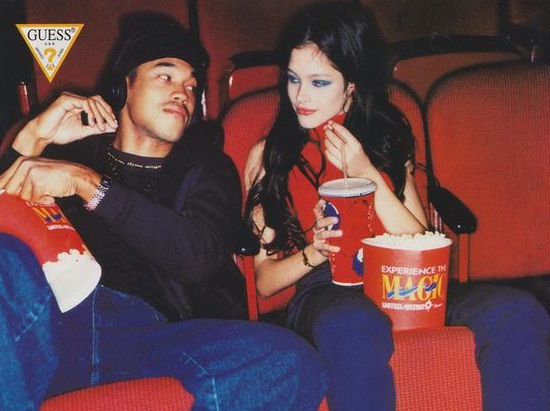 Kate Upton was one of the first, posting on Twitter: “It’s disappointing an that such an iconic women’s brand is still empowering Paul Marciano as their creative director #metoo.” And then adding to it on Instagram: “He shouldn’t be allowed t

Eventually, Upton spoke more in an interview with TIME, saying Marciano forcibly kissed her, groped her breasts, asked her to get changed in front of him, asked her if she thought about him when she was posing sexy on set, and called her a “fat pig” when she wouldn’t go along with his fantasy.

After Upton spoke, many more women followed. Filmmaker Sade Sellers said she’d worked with Marciana for a few years and “was too afraid to say anything, but this is true.” And a former Guess employee thanked Upton for speaking up, while sharing that she knows someone else who had similar experiences with Marciana.

Thank you for speaking up on this. I personally know someone who was affected this way while I was working there. I'm sorry this happened to you as well.

Guess have publicly said that Marciana “exercised poor judgment in his communications with models and photographers and in placing himself in situations in which plausible allegations of improper conduct could, and did, arise.” They also shared in a statement that Marciano made “inappropriate comments and texts and unwanted advances including kissing and groping.”

They have reportedly settled with five victims, paying a total of $500,000.