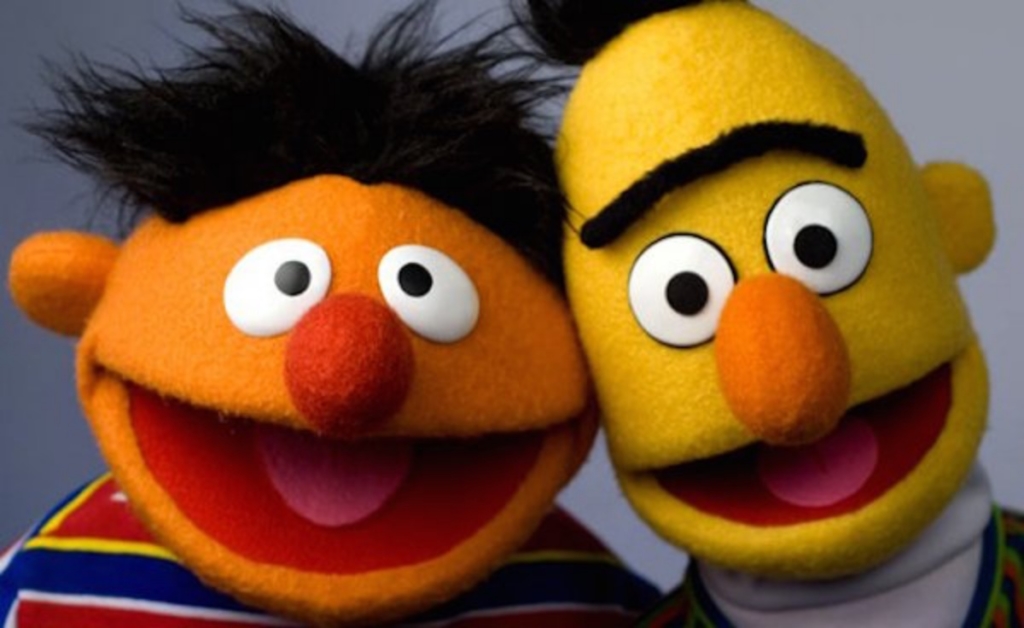 Somewhere deep inside we all knew this, but it is just so damn good to read out loud: the writer who created Sesame Street’s Bert and Ernie has confirmed they’re a couple!

The writer, Mark Saltzman, spoke to Queerty recently. When they asked if Bert and Ernie were lovers, he responded: “I remember one time that a column from The San Francisco Chronicle, a preschooler in the city turned to mom and asked ‘are Bert & Ernie lovers?’ And that, coming from a preschooler was fun.”

“And I always felt that without a huge agenda,” he continues. “When I was writing Bert and Ernie, they were [lovers]. I didn’t have any other way to contextualise them.”

Within the interview Saltzman reflects on his own coming out story, and talks about how Bert and Ernie were basically muppet versions of him and his very long term, now late, partner Arnold Glassman.

Saltzman also suggests other characters were written with LGBTQ viewers in mind: “Snuffleupagus, because he’s the sort of clinically depressed Muppet…you had characters that appealed to a gay audience. And Snuffy, this depressed person nobody can see, that’s sort of Kafka! It’s sort of gay closeted too.”