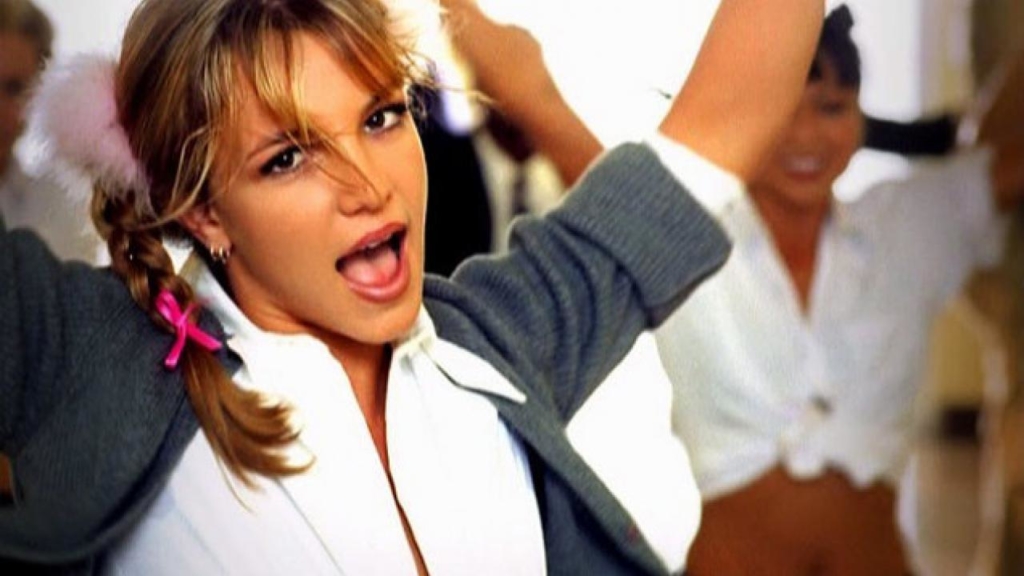 Scuzi but can you believe it has been 20 years since we first heard Britney Spears belt out her debut hit ‘…Baby One More Time’? Brit has confirmed this with an emosh tribute to her fans on insta.

It’s hard to put into words what today means to me… 20 years ago, the world heard my music for the very first time! So much has happened since then… but what I really want to say is thank you to my amazing fans who have been there for me since day 1. Your support over the years has meant the absolute world to me!! Love you all! ❤️❤️❤️

So much has happened since the track’s release. Namely Brit finding this kind of solace: 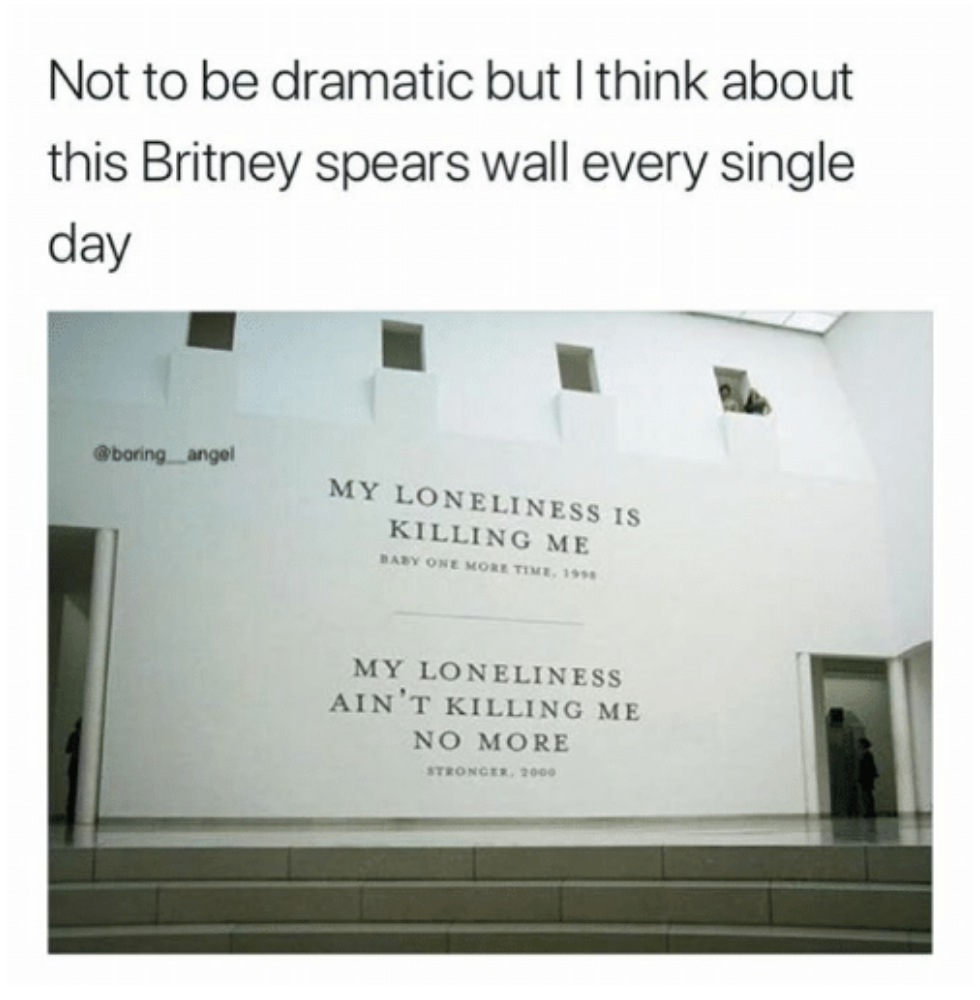 And let’s not forget she was the first of your friends to shave her head (before it was cool), be open about mental health and inspire everyone else to just make it through today: 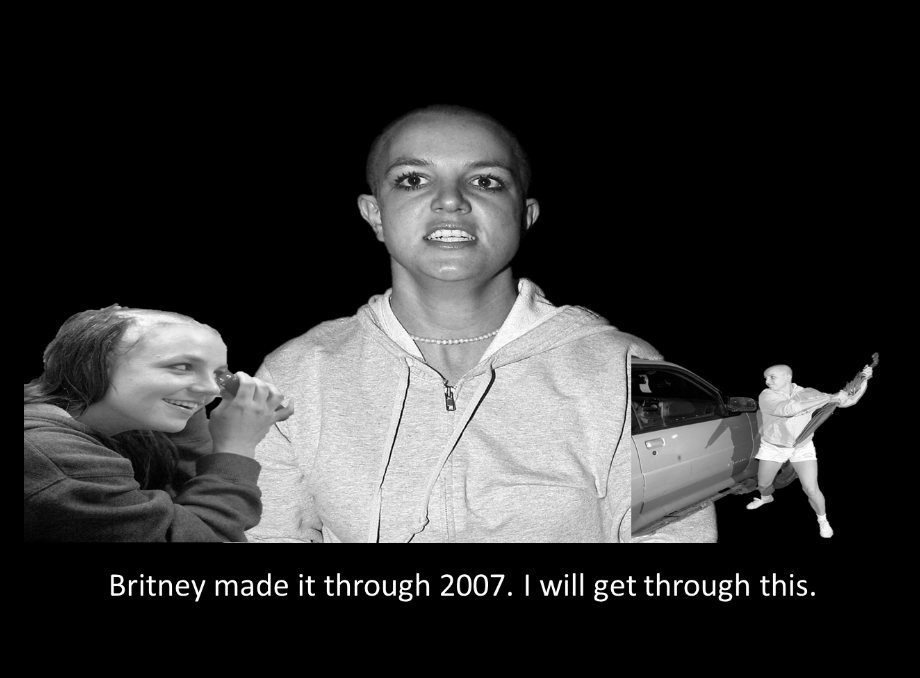 But in more recent times, Brit has proved that she is still crushing it. She has become a painter, selling her first work for $10,000 (proceeds went to Vegas Cares to commemorate the victims of the Las Vegas shooting):

She has become probably the best instagram user in the history of time and space:

Pink has always been my favorite color 💞💞😜🎀🎀

Switching up my workout routine in the gym as I get ready for the #PieceOfMe Tour!! 🎀

She can still move her body in ways we could never — even at out nimblest 20 years ago:

It always amazes me how different your body looks and feels when learning new moves and creating your own routines! Doing the same things while working out can get pretty stagnant, which is why I love dancing! Had so much fun working on this combo with @mikeypesante! 💗💗💗

And, hi, she scored a Kenzo campaign:

And she might just be the only woman celebrity in 2018 who is dating a man who allows her to be an even better person than she already is: