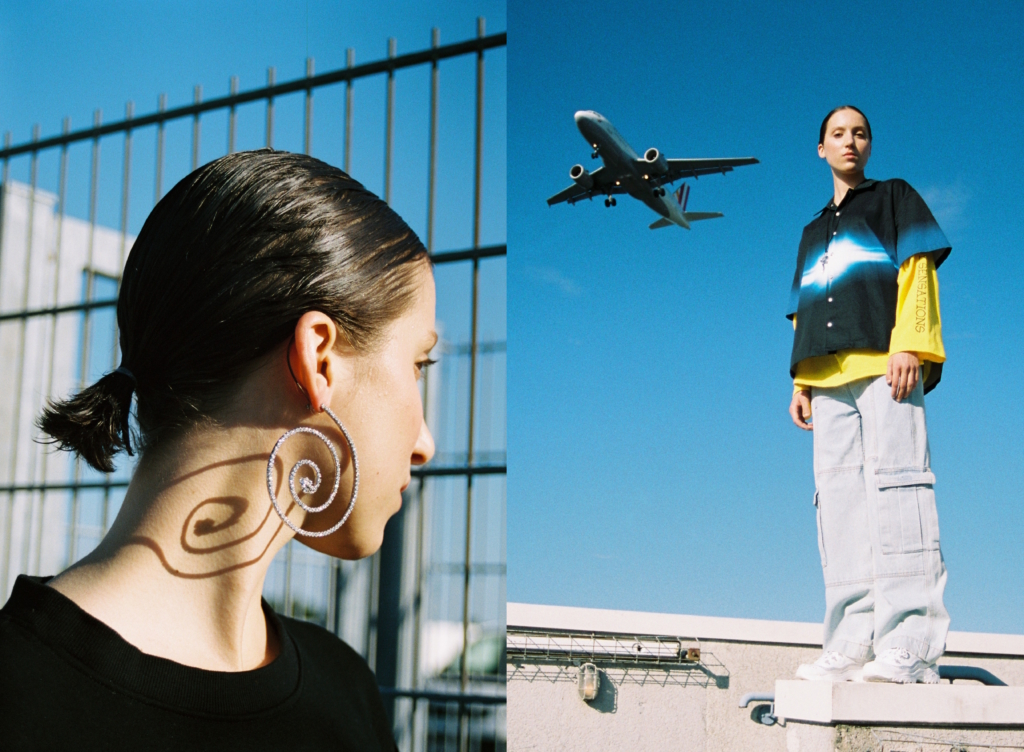 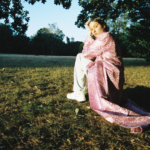 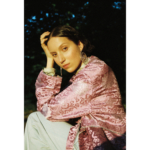 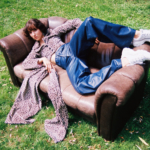 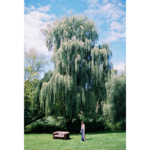 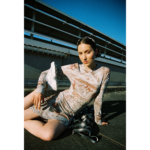 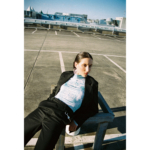 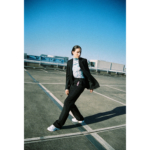 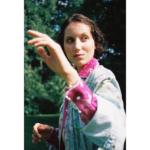 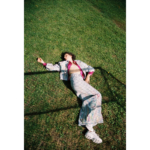 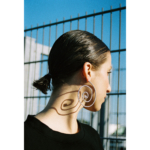 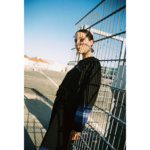 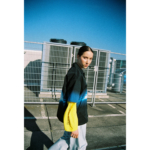 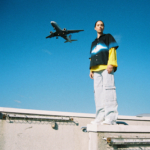 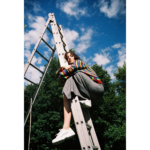 Julia Seemann made her runway debut with VFILES back in 2015 – a good indication that she’s making wild stuff for real people. Living up to the hype, the Swiss designer has produced an eager collection for AW18 that tugs at our affinity for the practicality of workwear and the freedom of spirituality.

The contrast between the two, reference by way of crystals and denim, classic tailoring with intricate mandala designs, pings of heavenly light on construction site silhouettes, becomes an agreeable tension.

Above,Steffen Grap and Karo Rose shoot the collection on Fiona Tori in Berlin. Below, Julia lets us know the ins and outs of her ‘Body Sensations’.

Where are you from and where do you live now?
Zurich, Switzerland

Any personal beliefs or values that are meaningful to your work?
Realness, authenticity and expression.

And what were you doing, learning or practicing before you started working on your line?
I studied Fashion Design in Basel, Switzerland and worked for Vivienne Westwood and Meadham Kirchhoff in London.

Can you tell me a little bit of background on the collection and label — any inspirations, references, important collaborations?
In all our collections, I am looking for tensions and contrasts between potentially disparate reference points and combine kitsch with workwear, crystals with denim, underground with mainstream. Our look is local and international, punk and glamorous, powerful and bold. The AW18 collection is mainly inspired by personal experiences and interests. Whether it is the current political situation, underground music or an American West Coast road trip we did in October 2017. While driving through Palm Springs or the Area 51, watching local television and American documentary film on Netflix, you will soon realise that new age cult and spirituality is way more of a thing in the United States than in Central Europe, where I live and work. The Californians are mixing spirituality with pop culture in a way, which is new and somehow confusing, but at the same time very inspiring for me. In the AW18 collection, I played a lot with different references and motifs such as prints or fabric choices based on spiritual cult aesthetics. The collection also includes several merch items of ‘Body Sensations’, a party series and platform dedicated to underground music, which we launched in January 2018. All pieces with crystal elements are made in collaboration with Swarovski.

If you could describe the collection in five words?
Mystical, bold, playful, dreamy, contrasting.

If the collection was a colour: Deep Blue

If it was a mood: Spiritual

If it was an animal: Snake

If it was a language: Cryptic Language

If it was a time: The Presence

If it was a song: Heaven or Las Vegas – Cocteau Twins

If it was a food: Pancakes

If it was a famous person: David Copperfield

If it was a smell: Sea mist at dusk

If it was a texture: Smooth velvet

If it was a quote: “If you want to find the secrets of the universe, think in terms of energy, frequency and vibration” – Nikola Tesla