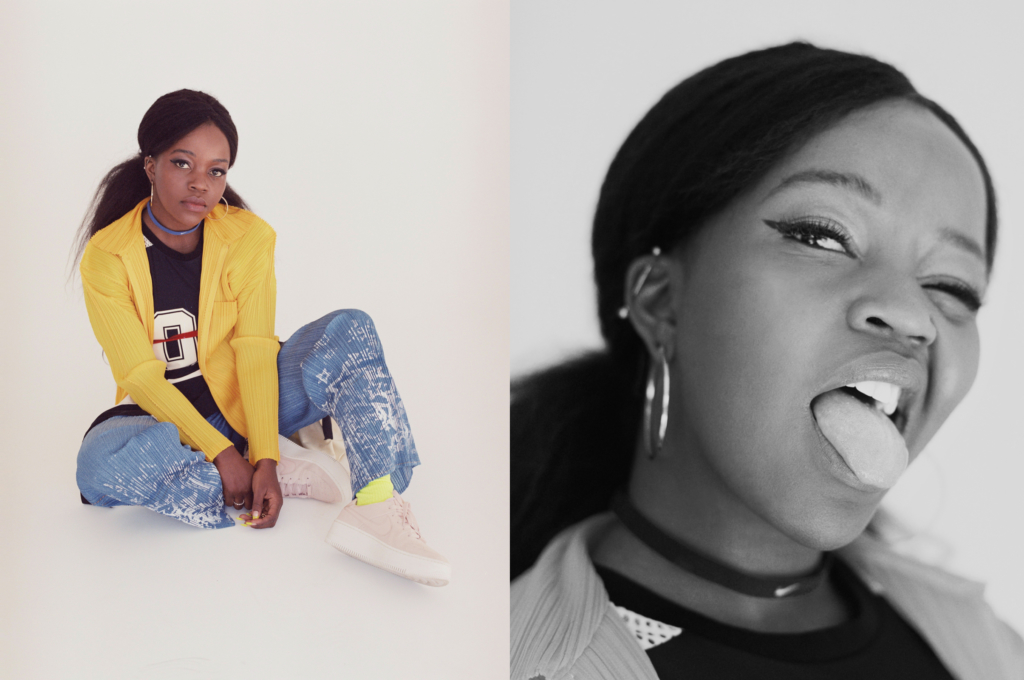 Tkay Maidza is hot off her Flexin’ tour and jumping straight into sharing her wisdom, skills and pure passion with young women through Nike’s Force is Female initiative — boosting the next generation of women who’re dreaming about being MCs, becoming their mentor at a one-off writing session on November 22 in Melbourne. She has also hinted that she’ll be playing new music at Battle Force, a few days later, on November 25 (in Melbourne as well). Radical news, because we are so ready for new Tkay, but we’re also deeply inspired by the fact that she’s managed to push out new tunes so quickly after a tour, and still has the energy to help other girls achieve their goals.

But we’re not surprised that Tkay is working so hard — since 2013’s ‘Brontosaurus’ (released when she was just out of high school), her work with Run The Jewels and Charlie XCX, her super successful 2016 debut album TKAY, and through to her campaign with flipping Usain Bolt, and her most recent EP Last Year Was Weird — Tkay has remained in charge, in control and in motion. Really pushing herself to be the very best she can be.

Tkay’s attitude and drive makes her the perfect woman to work alongside Nike. And thanks to her current work repping the new Air Force 1 Sage Low — designed by women, for women — we got the special opportunity to chat with her. 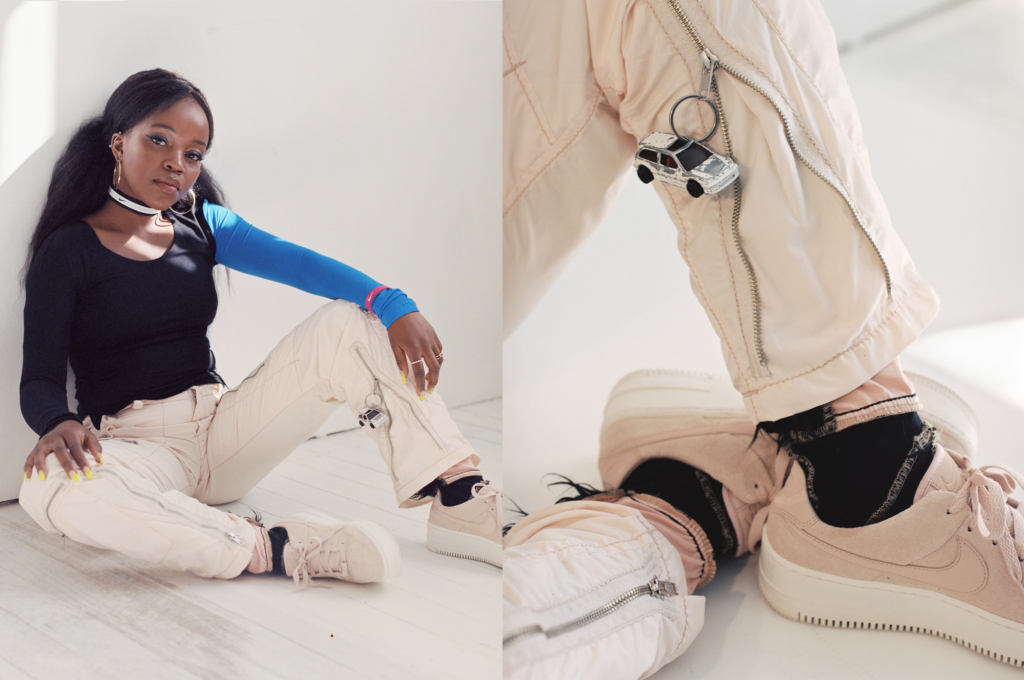 You just got off your Flexin’ tour, right? How was it? How do you feel?
It was really great. I had so much fun. It was such a wholesome but wild experience. The support acts Kwame and Arno Faraji were amazing. Each show was really special because I felt like I was unlocking a new territory of myself and my live show, which can inspire more ideas for the future. That was super exciting.

You wrote that it was your first headline tour in two years — what have you been working on that has been making you proud through those two years?
I’ve been really working on myself in so many aspects. I made a promise that I was really going to get my health in check and push myself to be who I want to be so I can elevate to the next level. As a musician, I’m constantly challenged to deliver new and creative material. I think in terms of tangible achievements that have made me proud in the last two years, making/introducing this new EP Last Year Was Weird has made me proud. Other proud moments are shooting a commercial in Jamaica, being a Channel V host and playing at Governors Ball and a few other festivals that I have always dreamed of playing at.

What kind of physical prep do you have to do before a performance? I mean, obviously, you have to remember your songs, figure out choreography and warm up your voice, but what about your body and preparing it to perform?
I try to be healthy all the time. I think having good health in general is great preparation for shows. Stretching a little and speaking to people in a relaxed environment is also good preparation for me as it puts me in a good headspace.

You put architecture on pause to pursue your music career — was that a hard decision?
Not really because, at the time, I felt music was what I was meant to do. I was 17, so I think I had a biased view of the world that made me super fearless and believe that anything could work. I went straight into it with no second thought and all my dreams came true.

There’s a kind of creative expression in architecture, but there are a lot of rules. Now you’re saying exactly what you want to say through your own music. You must have found a huge freedom in the change?
For sure — the reason I left architecture was because there were a lot of components and rules that I didn’t necessarily enjoy all the time. Sometimes I almost felt trapped. I really enjoyed the free hand drawing and sketching of buildings but when it came to replicating other people’s work and having to make models to a standard, it didn’t feel so free, it just wasn’t for me. I was happy when I was able to work freely just for me. 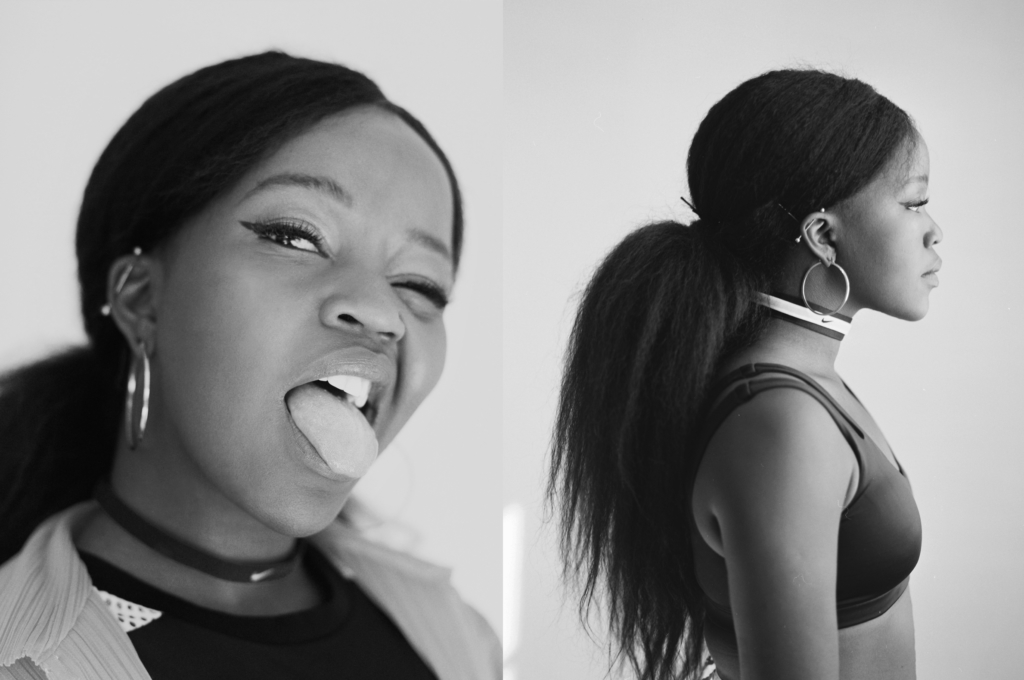 You generally write songs from your own experience and point of view. How has your approach to songwriting or your message changed as you’ve gotten older and wiser?
It hasn’t totally changed, but I think I’m now starting to open up more and speak about specific experiences. Before I would summarise an experience, but now I speak super literal about events. It’s more honest and I feel creative enough to filter ideas that I know don’t align with me.

How do you push yourself to keep creating work that you’re proud of?
I set a goal to make something that I feel I haven’t heard before or is a different take on my favourite music.

And how do you know when a song is finished, when it’s the best it can be?
I think when you ask yourself “Is there anymore I could add to this song?”, and the answer is no, you’ve done everything you can to make it the best it can be. Usually you can tell when a song just sounds complete, it’s just a feeling.

You’re definitely a product of hard work — you didn’t get where you are without putting a huge effort in — what does hard work mean to you?
Working hard for me means exceeding expectations and doing what people around you think you can’t do. Life is tough. It has so many ups and downs and we all have goals that we want to achieve. I think if you can achieve those goals and disregard all of the challenges, you are doing it right.

What motivates you to put in the work?
I’m super competitive and I also I have a list of things I want to achieve for me, my family and friends. If it hasn’t been ticked off — I haven’t worked hard enough. I really want to live LA and have a house in the Hills with a studio. I don’t have that yet, so I need to really step it up if I want to make it a reality.

Who or what inspires you?
Movies, city skylines, interactions with my favourite people, my heartaches, my dreams, fashion, patterns and structures.

What do you like about the new Air Force 1 Sage Low, a sneaker made for women? It was designed by a crew of women, which feels nice!
They are so snug and light — I wear them all day. I love the platform, it gives me some height and the pink is my favourite.

You’ve had some great support from Nike, having previously been an ambassador for Air Max also. What do you like about working with brand?
Nike is such an iconic brand. I have always worn Nike from when I was playing tennis and sport in school. They have a powerful community of female game changers. It’s a really amazing opportunity and honour to be part of that.

You’re mentoring up and coming female musicians next month and you’re going to be at the Nike Battle Force event on November 25, what can your fans expect to see?
I’m excited to connect really closely and mentor up and coming female musicians for Nike’s Force is Female. It’s actually really inspiring hearing their stories and to give back and share what I’ve learnt with the next generation of talent. And I can’t wait to play new music! You will have to come to Battle Force and see.

What’s your most important advice/message to young women?
To always follow your instincts — the way your body feels about something is never a lie. 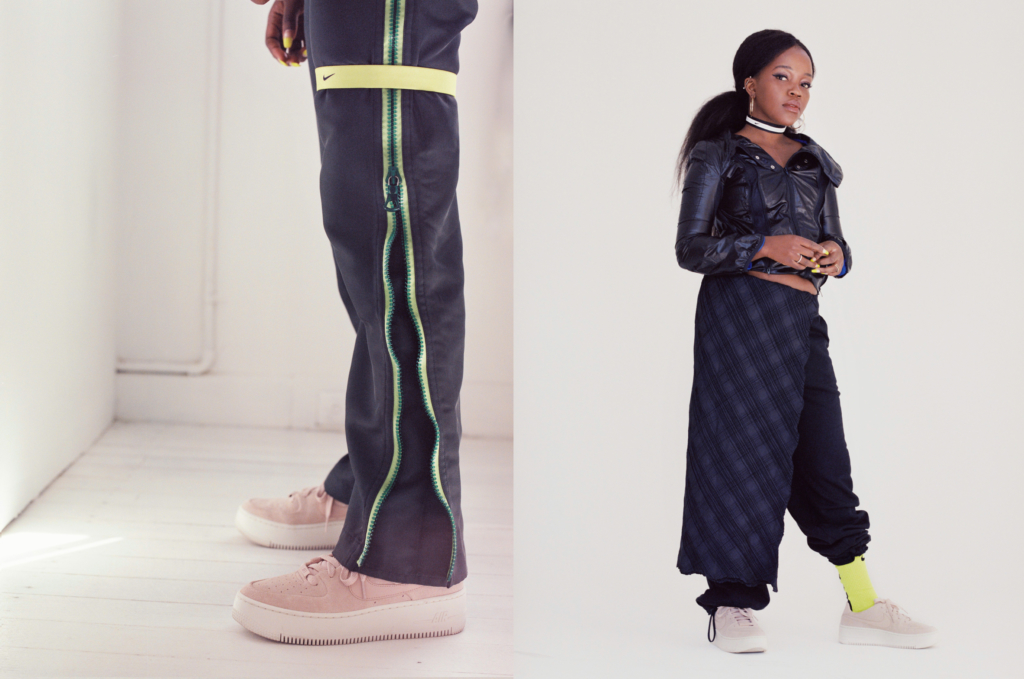 How does the sport world influence your life? Sportswear informs your look, but I wondered if sport meant anything to you growing up or right now?
I played tennis when I was younger for eight years, there are so many life lessons you can learn from sport. I think consistency and pushing yourself is so important in terms of growth and development, so I try to implement it every day.

Finally, now that the tour is done, what’s your next big goal? Or are you ready to take a break (breaks are important!)
I’m working on two more EPS and then an album. I’m trying to make the best music I’ve ever made. I also want to grow more. Everything else follows if your music is great.

Stay tuned for updated registration details for Nike’s Force is Female workshop. In the meantime, this: