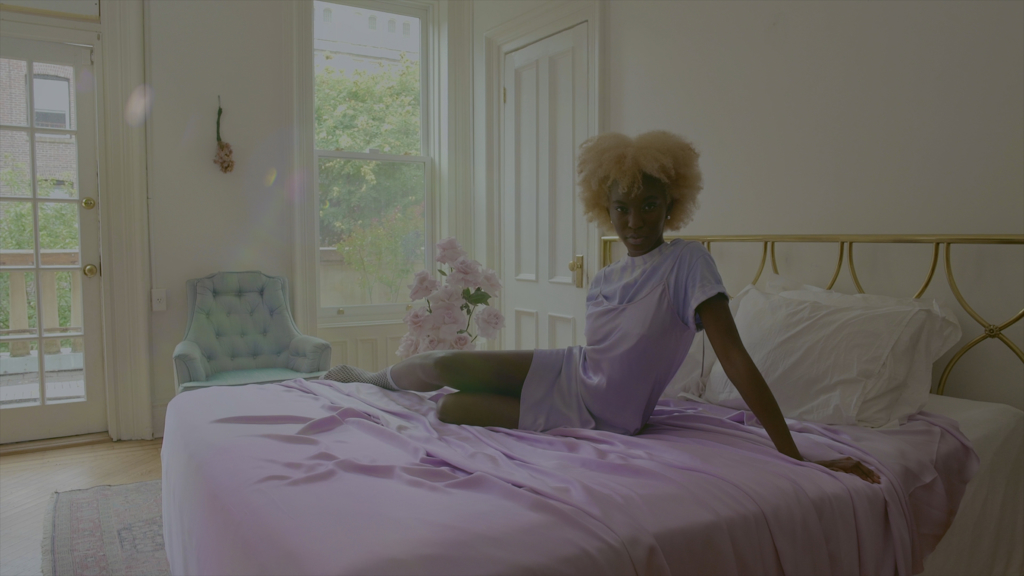 Lina Michal, who is Swedish fashion designer and collaborator, has the idea that femininity is the result of a considered action and not a natural physical trait. Exploring this, adjacent to her extra silky pastel wares and with a group of sixteen super cute women, she has created Rituals.

The short film is rammed with lush textures that represent the sexiness of being a girl — like silks and orchids and pearls stuck to faces — and it’s contrasted with the uncomfortable, like visuals of peeling face masks and piercing ears with apples.

“The absence of men, in the film’s production as well as its imagery, inverts the expected audience for whom these rituals are performed,” she adds. “These feminine acts — glossy, cute, at times gross— are performed by women, for women.” Amen and watch below.