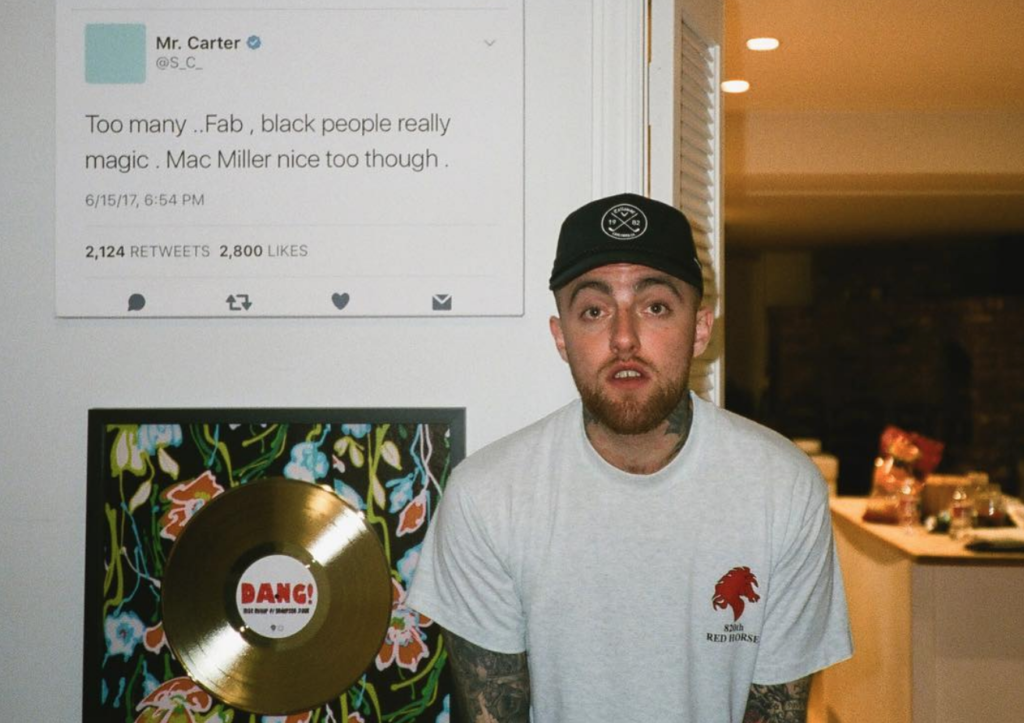 Mac Miller’s manager, Christian Clancy, has penned an absolutely beautiful obituary for The Observer, in memory of the late musician. They worked together for five years, and Christian details the love and admiration that grew over that time in his writing.

“He could play everything,” Christian writes. “[He] was obsessed with obscure recording gear and production, and had a wide, passionate net for everything from Big L to John Lennon. But what was even more impressive was the way he treated people so selflessly – it made everyone around him feel comfortable.”

Christian writes that “it was impossible not to fall in love with the human being he was,” and that one of his favourite things about Mac was “the way he treated our daughter, Chloe.”

“Unprompted, he would call just to see how she was doing,” he writes. “When she starred in her first play, he bought three bouquets of flowers that were the biggest, most ridiculous things I’ve ever seen in my life and she was wildly embarrassed, but that was just who he was.”

After seeing Mac two days before he died, in a happy state, Christian says his death was “surreal” and “like a punch in the gut” because he was excited about what was in front of him — a tour with Thundercat and J.I.D with a band that brought out his best. He was excited to show his fans who he’d become, and the direction he was going in. Christian writes that Mac was glowing.

“He’ll be remembered for his ability to redefine himself as a musician,” he finishes. “Look at the difference between Blue Slide Park and Swimming. But, as importantly, he’ll be remembered through those musicians he helped along the way. He was a spark to so many people. In a world dominated by ego, he led with the soul and lived by focusing on similarities rather than differences – that’s a lesson we all could use.”