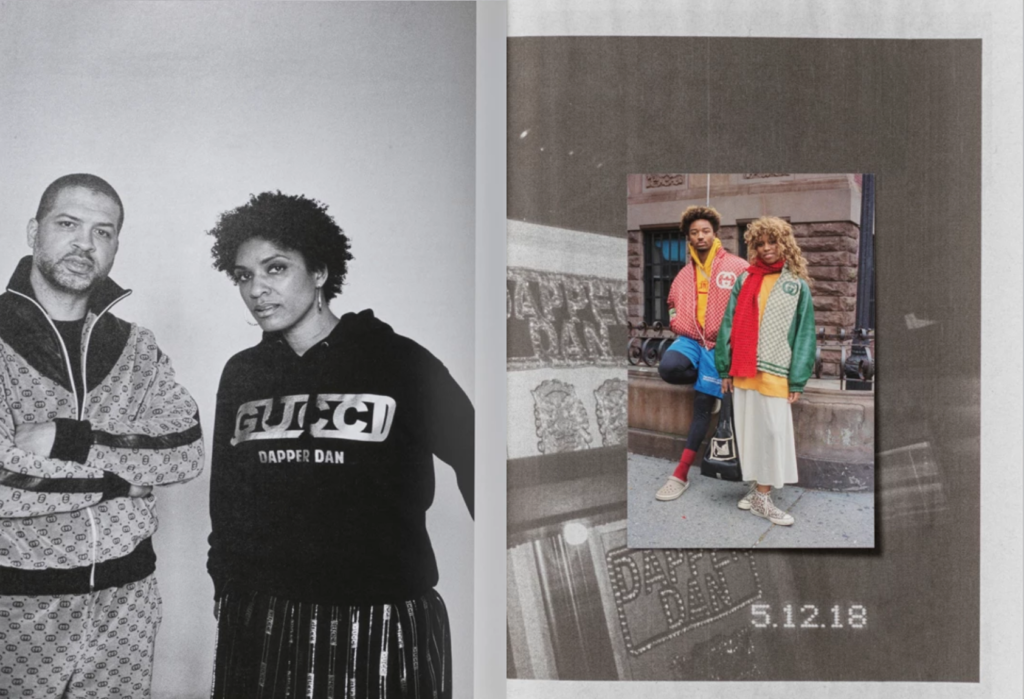 It’s no secret that Gucci loves Dapper Dan. After channeling the legendary New York designer with their Cruise 18 collection (and getting called out by Diet Prada), the brand tapped Dan to star in their AW17 tailoring campaign and dropped their first ever collaboration collection, a Dapper Dan-designed capsule. Now, the brand has put together a limited edition book that immortalises the pioneer and their collab in print.

A look inside the limited-edition ‘Dapper Dan’s Harlem’ by filmmaker and photographer @ari_marcopoulos_official. The special book is a homage to @dapperdanharlem, the couturier creator of one-off outfits for a host of hip-hop artists, celebrities and athletes in the 1980s, which partnered with the House for the Dapper Dan Studio Atelier—that opened in Harlem in December 2017. Distributed by @idea.ltd, the book is available at the #GucciWooster Bookstore in New York and at the #GucciGarden in Florence that hosted a special book signing event. #AlessandroMichele

Introducing the limited-edition book dedicated to @dapperdanharlem. Produced by #Gucci and shot by filmmaker and photographer @ari_marcopoulos_official, ‘Dapper Dan’s Harlem’ documents Marcopoulos’ journey through the neighbourhood, Dapper Dan’s home and his Studio Atelier—that reopened in December 2017. @dapperdanharlem signed copies of the photographic book tonight at a special event held at the #GucciGarden in Florence. #AlessandroMichele @idea.ltd Detail, Spirit of Harlem, Louis Delsarte 2005

Shot by photographer Ari Marcopoulos, the book gives an inside look at Dan’s hometown of Harlem through his eyes, with portraits of his friends and family alongside locals posing in the collection. Featuring images of some of the capsule’s strongest pieces, as well as classic Harlem landmarks and photos of chef Marcus Samuelsson, and artist Cleo Wade, among others, it’s a long overdue ode to such a legendary designer.

Limited to only 500 copies, the book was launched on Tuesday night at the Gucci Garden, where Daniel was on hand for signatures. It’s available at Gucci’s Florence Garden and newly-opened Wooster Bookstore in New York, as well as through London publisher IDEA as of today. Be quick.