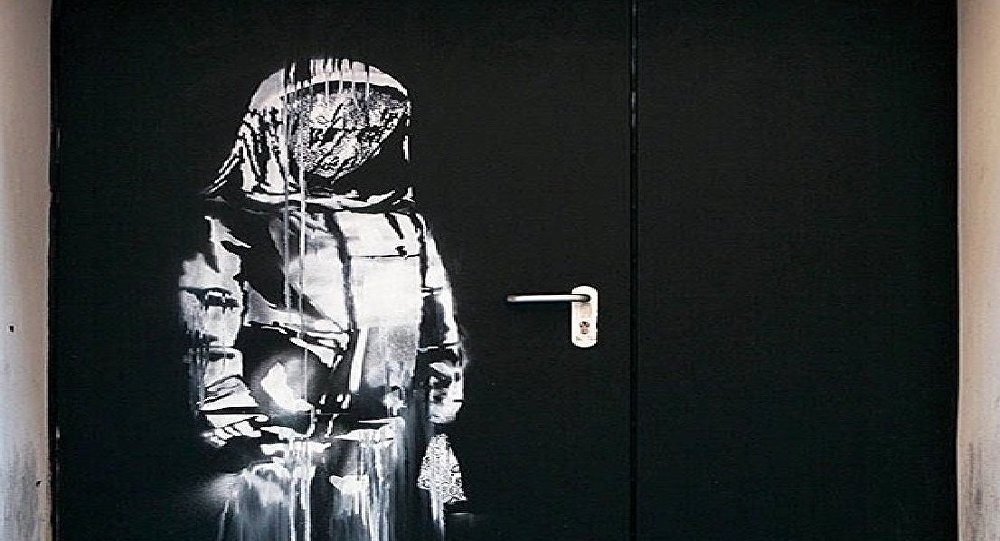 Thought to commemorate the terror attacks on Paris’ Bataclan Theatre in 2015, Banksy had painted a mural on the theatre’s door as part of a series painted throughout the city in June last year. It depicted a figure in white, with its head bent forward in mourning. On Saturday, the door was reported stolen.

Bataclan director Florence Jeux told NBC News that security camera footage shows the thieves removing the door and driving away with it, saying the robbery took about 10 minutes. “The painting was even protected by a Plexiglass. The whole door disappeared,” Jeux said. “The security alarms went off and our security agency immediately alerted us.” There are no further updates.

“We are today filled with a deep sense of indignation,” says a Twitter post from the Bataclan. “The work of Banksy, a symbol of contemplation belonging to all – residents, Parisians and citizens of the world – has been taken from us.”

“The very essence of urban art is to give life to a work of art in a particular environment,” they also wrote on Facebook. “We are convinced that this work only made sense in that place, that is why we wished to leave it, Free, on the street, accessible to all.”