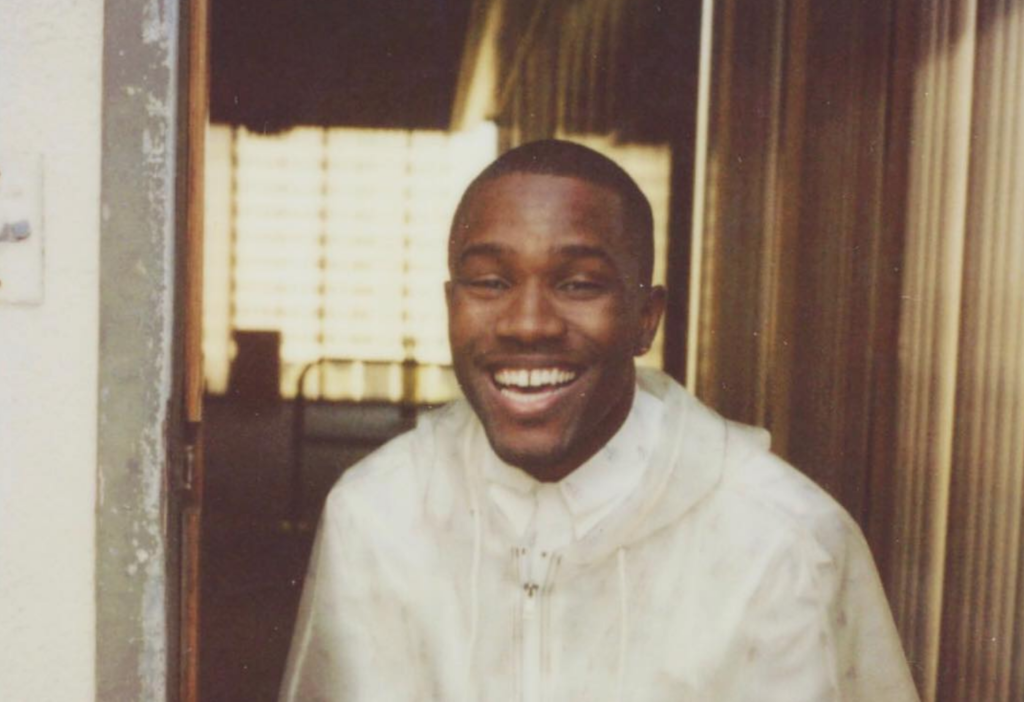 Mythical being Frank Ocean has typed some stuff on the internet and we are here to decode it. A blog entry titled March 1st says, “…SOLANA + KL + ANDRE” followed by “HERE FOR THE BEANS” followed by some question marks and some years. 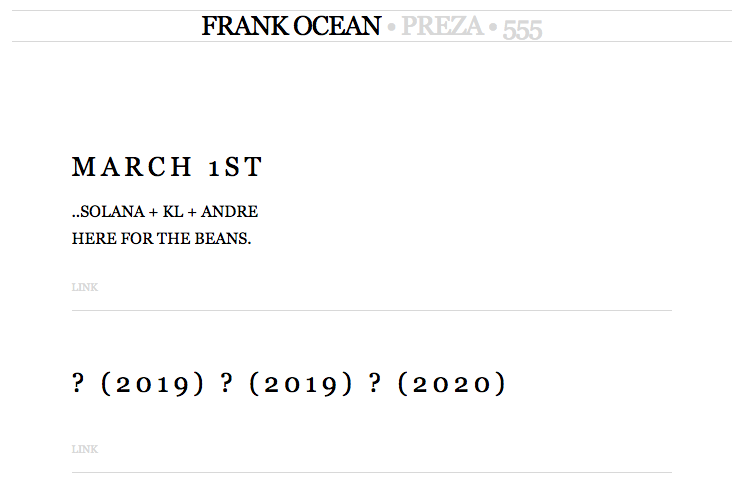 Solana is obv Solána Imani Rowe, AKA SZA. KL is very likely Kendrick Lamar, given their frequent collabs. And, considering Frank’s ‘Solo (Reprise)’ features a verse from André 3000, we can only assume that’s the Andre he types of.

Now, either everyone is forming a super group and they’re dropping two albums in 2019 and one in 2020… or, we’ve got three collab tracks dropping every 6 months until 2020. C’monnnnnn March 1st!

BUT, we digress, there were apparently two other posts on Frank’s tumblr. One post said, “Email me if you’re interested in buying unreleased Frank songs.” The other had a link to Instagram and said, “If this post gets 25,000 likes I will release the Frank Ocean song featuring andre, kendrick and sza (it’s a legit song).” All four posts have since been deleted. Is this a hack?