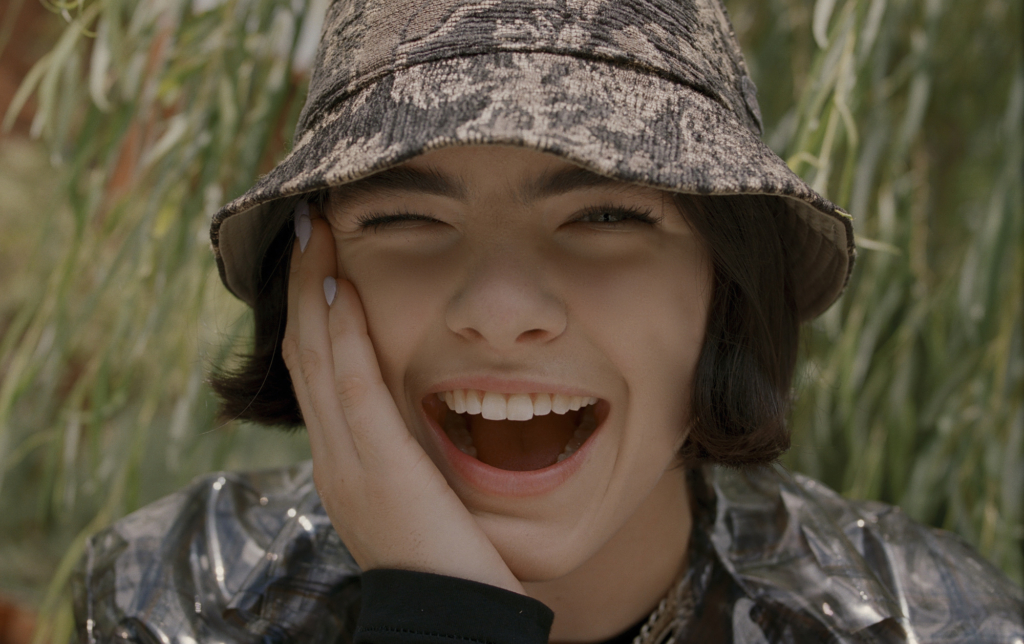 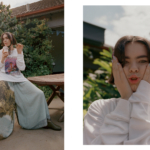 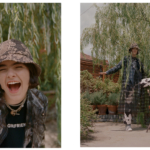 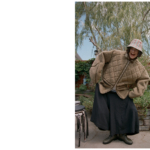 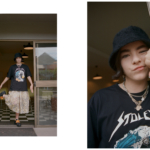 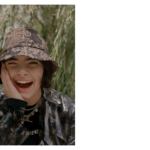 Allow us to intro you to a local ledge who makes chill tunes that totally bop. Her name is Bene and she’s just released a new single titled ‘Evil Spider’, which we hear is a taste of an EP to come. Having blipped on the Soundcloud radar with cute covers, making bigger dents with 2017’s ‘Tough Guy’ and 2018’s smooth as sunscreen ‘Soaked’, and now this soulful spider tune (which has a lyric video that is giving us maje Emily the Strange nostalgia, btw), we are very stoked to get to know her via a pop quiz (below) and a shoot (above) before she blows the heck up.

Where did you grow up and where do you live now?
Born and raised in Auckland, New Zealand! Auckland is a good time. The creative scene here is super cool. Mum and Dad are both in that industry, so I guess growing up around their friends introduced me to a crafty life at an early age. I’m starting to travel quite a bit for work now.

What were you into in high school?
I was super into sports in high school. I played competitive water polo and football all through it. I also loved geography. We studied beach sediment (sand) in my final year and I’m pretty sure I was like the only one in the class interested in it [laughs].

In what ways have you changed since then?
I’ve dropped both sports. I actually thoroughly enjoyed my years in high school, but now that I’m free and out of that kinda streamlined learning environment I feel like I’ve got all these new ideas. I’ve felt more inspired recently to go further with the weird kinda sheit that I think about now and that energy is going into creating music and art in ways that I was maybe scared of exploring in high school.

Do you remember the first time you realised you were good at creative stuff? What did you first make?
I’ve always been into making stuff and I guess from an early age I was encouraged to do that. I used to make lots of things out of clay as a young bean. Mum and Dad encouraged me do lots of arts and crafty stuff and I learnt the saxophone and guitar from the age of 8, so I kinda knew from an early age that working in a creative field was something I wanted to pursue.

What does making music do for you? What sorts of life stuff has it helped you conquer?
Writing music has been a great for me. Being dyslexic made it pretty hard work at times to be a scholar at high school, but songwriting has been an amazing outlet for the way words flow in my mind and, more importantly, I’ve found through songwriting a new way to really explore my emotions and deal with stuff. I think the biggest thing for me listening to music is being able to relate to something that a song is saying; it can make you feel like you’re not alone in a situation. Being able to make my own music and possibly help someone else out means a heap to me.

Where is your favourite place to work?
I love working in the studio at Golden Age. I feel super relaxed working there. This is where almost all of my music has been recorded. It has a super chill, quirky vibe. The fella behind the production of my tracks, Josh Fountain, has decorated the studio with a number of weird ornaments. At the end of last year, I was planning my Laneway outfit and found the coolest tinsel ever! It changes colour and sheit so I decided to add a couple pieces to the studio. This  later inspired a song ‘Glitter’ coming out on my EP…

What’s the best work someone else has ever made?
Anything that is authentic and moving is the absolute best work in my eyes. The majority of my mates are at uni doing design or music courses, and the art they create in that space is pretty crazy to me. It’s the stuff that stands out and really screams its uniqueness that I think is the coolest!

If you could stay a certain age forever what would it be and why?
Don’t know yet! I’m 19 so maybe like 21? One stink thing is going to the States and not being able to go to a heap of gigs because the drinking age is 21 lol.

What scares you most?
Death.

Best piece of advice you ever received?
“You do you.” Can’t remember who said it to me, but I think about it often and it makes me feel bloody great. It also helps me to be less judgemental. I feel like this is something we all need to do less.

What is a skill you wish you possessed?
Pro rock-climber. That’d be bomb!

Best YouTube clip you’ve ever seen?
Yoooo! Any Mukbang video that involves something super crunchy. I often tend to find myself getting lost in weird deep search holes on YouTube like ASMR clips that I end up binging on and becoming obsessed with.

What’s on rotation on your SoundCloud at the moment?
Assume Form. The whole album. That is sum crazy stuff right there. James Blake is outta this world. In Rainbows, my favourite album by Radiohead, always puts me in a good ol’ mood… ’15 Step’ probably being my favourite song.

Finally — tell us about what you’ve been working on this year, and what’s coming up?
I’ve been working on a heap of new music! Just released ‘Evil Spider’ and my EP FIRE ON MARZZ is coming out on June 28. Aside from that, I also have a London, Europe and US tour coming up in June.