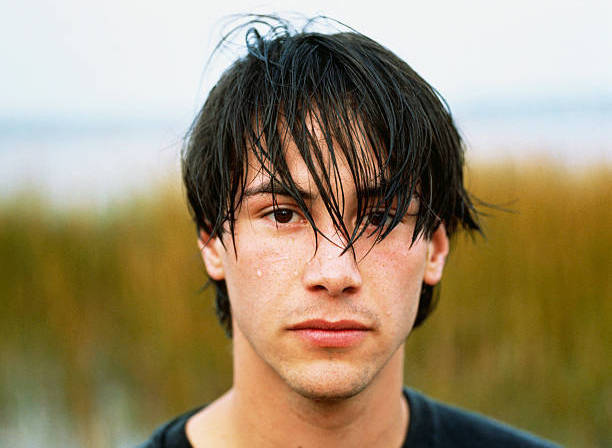 Keanu Reeves has been taking over the internet lately. First, he became the face of YSL, then a poet with super poignant views on the afterlife; then there was that video of him doing an interview with puppies, which is probably the cutest thing on the internet, that went viral, and now, he’s become a bonafide meme. Perhaps it’s because there’s a Bill and Ted reboot on the way, or ’cause the new John Wick is out, or maybe it was his role in Netflix’s Always Be My Maybe. Or maybe it’s just because he’s Keanu Reeves. But videos of the actor, singer and all around dreamboat walking to different songs have completely broken the web.

Basically, there’s a scene in Always Be My Maybe in which the actor struts his stuff on his way into a restaurant to the tune of AWOLNATION’s ‘Sail’. For whatever reason, people have re-worked the scene to feature every song under the sun, from Hilary Duff’s ‘So Yesterday’ to ‘Hypnotize’ by The Notorious B.I.G.

There’s been so many videos that some special person made a “Keanu Reeves Walking To Music” Twitter to compile them and make their own. Honestly, that angel deserves a Nobel Peace Prize, because if there’s anything the whole world can agree on, it’s that Keanu Reeves doing anything is really, really good.

That is, except for a writer named Eleanor Robertson who set Twitter ablaze by making the blasphemous declaration that Keanu Reeves isn’t hot.

Of course, that comment set people OFF. Between making new Keanu Reeves walking to music videos, everyone from random strangers to Jameela Jamil have responded and the general consensus is: Keanu Reeves is hot. But we already knew that.

Honestly, all of this seems kind of crazy, but we’ll never get sick of writing, talking, reading or thinking about Keanu Reeves. So, the more memes, the merrier.