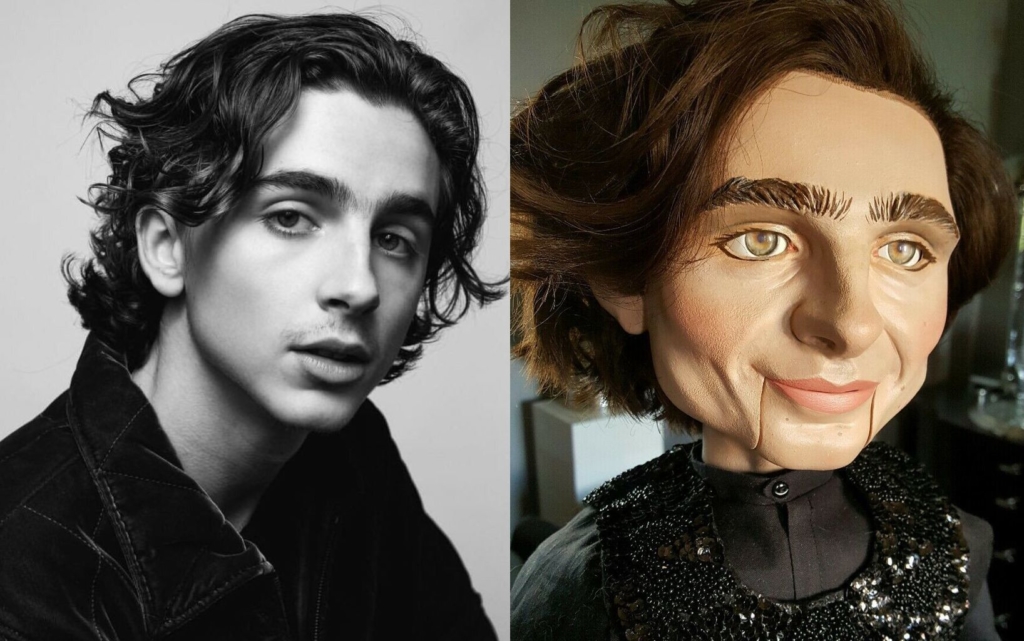 The internet is weird. Things happen, people make videos of Keanu Reeves walking to music, and suddenly they’re viral. But today’s bizarre internet phenomenon takes the cake, and involves a creepy ventriloquist dummy of none other than Timothée Chalamet. What a world.

Of course, this story begins where all internet horrors do: eBay. Some angel decided to handcraft a Timothée Chalamet dummy and an even bigger angel found it, and posted it on Twitter. Naturally, everyone went nuts and started sharing their reactions to the doll (see: the creeps).

But what’s even crazier about this story is, the Timothée Chalamet doll is not a joke. It’s being auctioned for $122,795. Not joking. I mean, it is a “One Of A Kind Timothée Chalamet Ventriloquist Figure With Louis Vuitton Harness,” but still. And to top it off, the seller believes they’re giving everyone a deal. At the end of a poetically written description about the figure, they write (in bold, obvs): “Sorry, due to the very low price on this, stand is not included.”

After all, we can’t do everything for you.