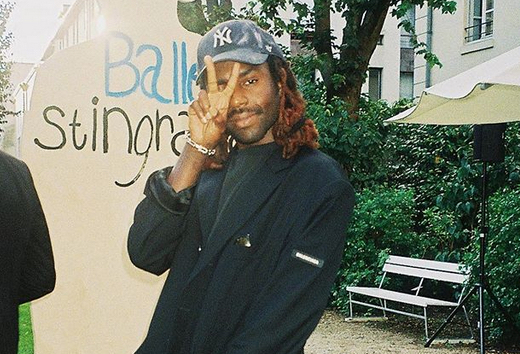 Last month, Dev Hynes dropped a killer new mixtape, Angel Pulse, followed by a fab rococo-inspired music video for the track ‘Benzo’, and it looks like we won’t be having any shortages of Blood Orange any time soon. Phew. The singer has announced he’ll be releasing his first ever classical music album, called Fields, on October 11.

A collaboration with the Chicago ensemble Third Coast Percussionists, Fields will be split in two sections, adding up to 13 tracks, with the first part consisting of 11 songs plus the second half’s two additional compositions, titled ‘Perfectly Voiceless’ and ‘There Was Nothing’. As part of the collab, Hynes wrote the scores, then Third Coast Percussion arranged and orchestrated them.

“This was the first time I’ve written music that I’ve never played, and I love that,” said Hynes in a statement. “It’s something I’ve always been striving to get to. Seeing what Third Coast Percussion had done with these pieces was magical.”

Hot Nerd Season is well on its way.