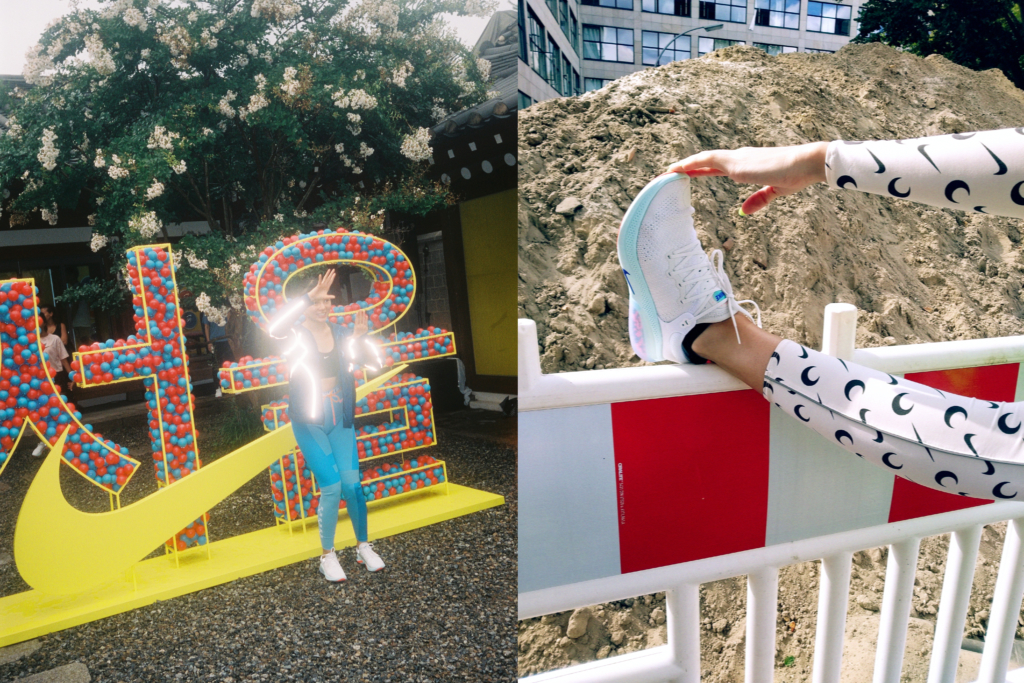 As you very well know by now, Nike just announced a shoe that legit makes running easy. The Nike Joyride Run Flyknit is a literal beanbag for your foot that has a customised cushioning thing going on to absorb all the impact. Very cool and very science.

To prove just how effective this shoe is, Nike dragged a bunch of uncoordinated and very reluctant runners — aka people who display endurance only in continually paying for a gym membership they don’t even use, aka people who consider self-care to be no more than sharing an Epsom bath with a glass of riesling on a Wednesday night, aka us — to Seoul to do a casual 4km run. As you can imagine, my suitcase was not the only thing I was packing. 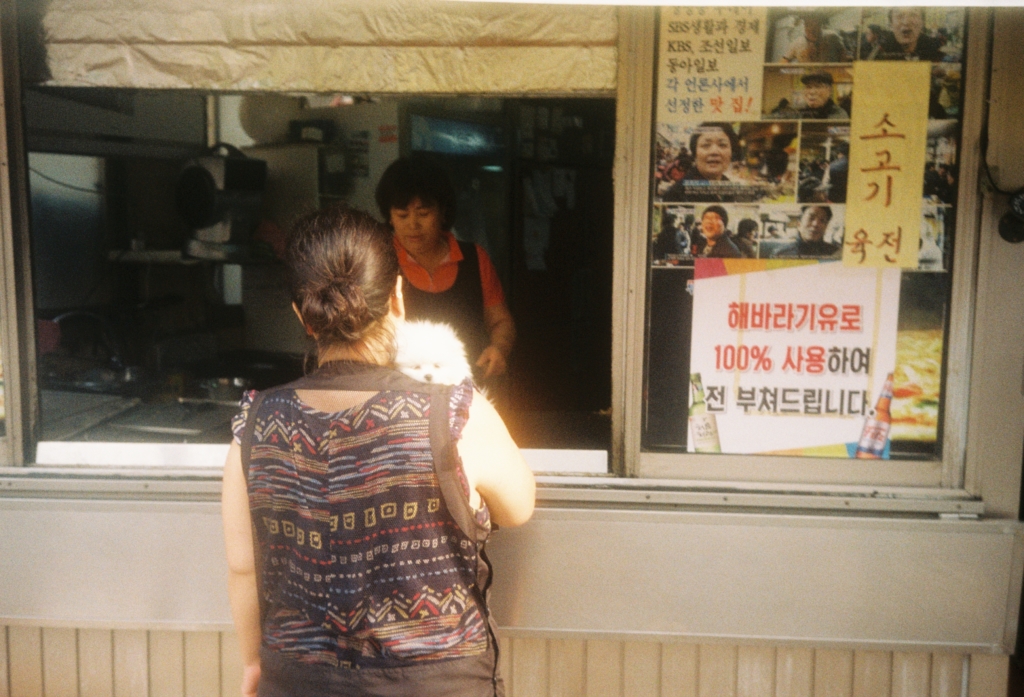 Arrival was chill, we did a Korean beauty tour and bought snail juice for our chins, collagen pads for our eyes and foot masks that promise you will shed like a reptile and reveal yourself as a newborn. I met Sarah Holloway, a former lawyer turned matcha queen and podcaster. I felt like she was my speed — she has a job that requires sitting — though I must say she was significantly more enthused about the run than I was. And then she dropped the bomb: she ran a flipping marathon a few days ago. I smile through my teeth and very consciously correct my body language so as not to look incapably out of my depth.

Approaching run time, I sought some inspiration. I asked you guys via Instagram what gets you in the mood to run, which podcasts you listen to, and why you even do the running. You told me many things: “Run in an area filled with nature sounds,” got it. “Listen to Eminem,” maybe. “I would listen to ‘Not Really’ in which gay men rate the hotness of US political candidates,” locked and loaded quite frankly. 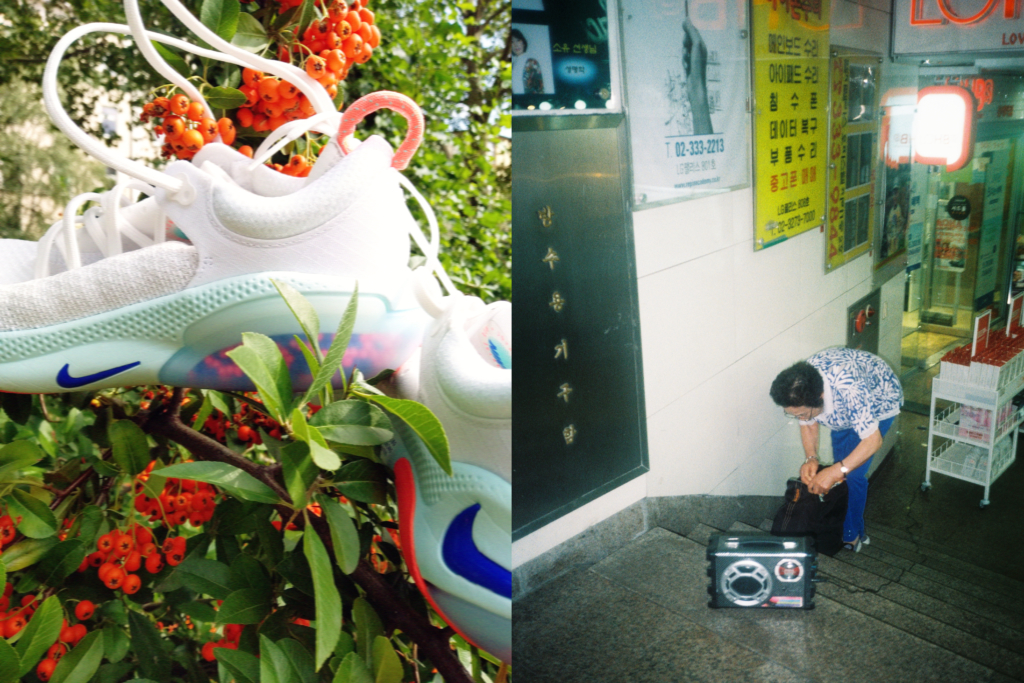 But what I found really worked for me, was looking the part. Dress for the job you want kinda vibe. I headed to the Nike flagship in Gangnam-gu to find a look and, not to be dramatic, but the only thing that really got me inspired to move my body more than actually required was this Nike x Marine Serre situation. Now fully committed to the idea that my bank account was not the only thing getting a work out (lol sorry), I went back to my hotel room to limber up / watch 4 episodes of Orange Is The New Black.

A bus arrives to take us to our starting positions and on each seat is a white cloth embroidered ‘Happy Tour’ — I love this and photograph it from three different angles because it is a sick joke without meaning to be one. We get to our lockers and I am immediately impressed by the seating that has been DIY’d out of the same coloured balls found inside the Joyride, I photograph it from seven different angles and make sure everyone around me knows that I can identify good design. “I want to take these home,” I say too many times. I sit down on my new favourite seats and slide my foot into the Joyrides for the first time — it feels like butter, or like getting into clean sheets with freshly shaven baby dolphin legs. They feel really good. 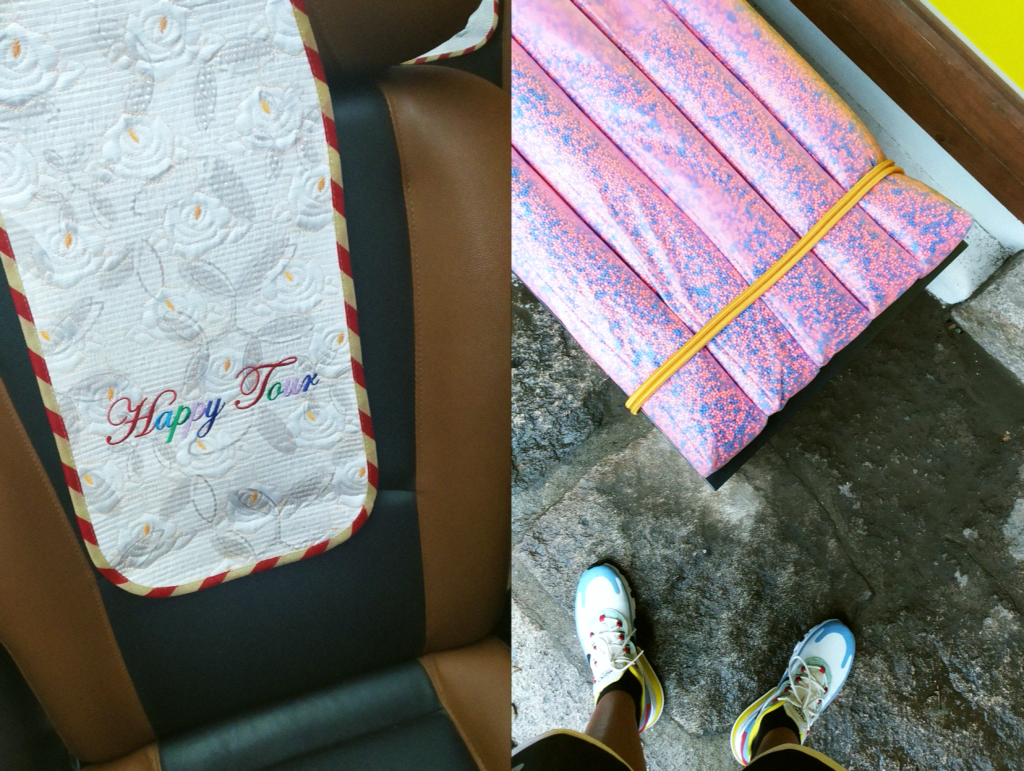 We’re split into groups of about 15 and given two ‘pacers’ who will run with us, and probably yell encouraging words at us that I hope I am not too sensitive to take on board. We start moving at a steady pace, one foot in front of the other just how you imagine running to work. I’m mid pack, which feels good — I didn’t want to be at the front carrying the burden of expectation too soon. It’s also 30 degrees celsius and 85% humidity and swamp ass is a serious threat. 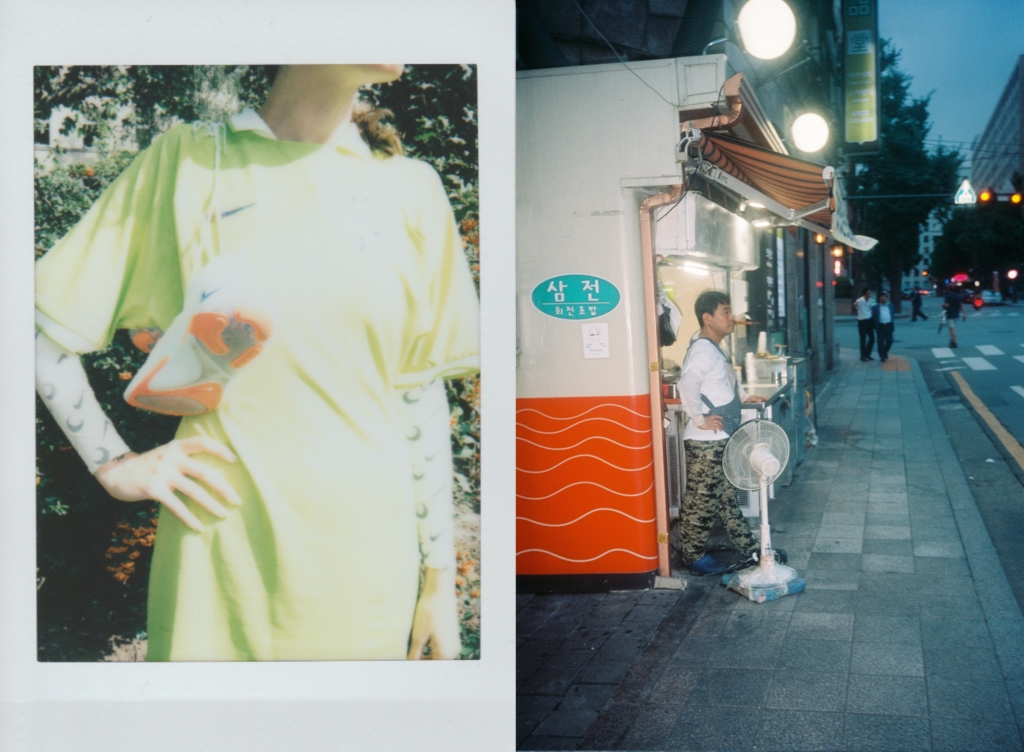 Running through the streets I see more of Seoul than I imagined — fascinating displays in Hanbok rental windows, glowing tanks packed with live seafood, BBQ ribs that I negotiate stopping for with one of my run buddies, the accidental Dries Van Noten dressing of Korean grandmas, a palace backed by a mountain range. It’s brilliant. 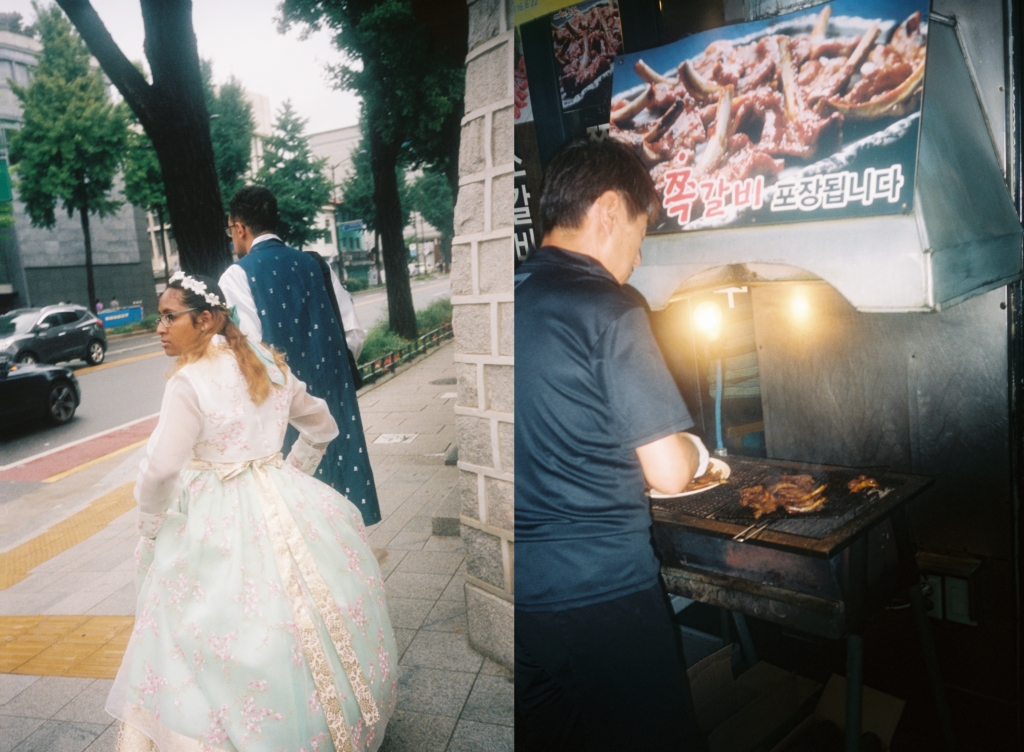 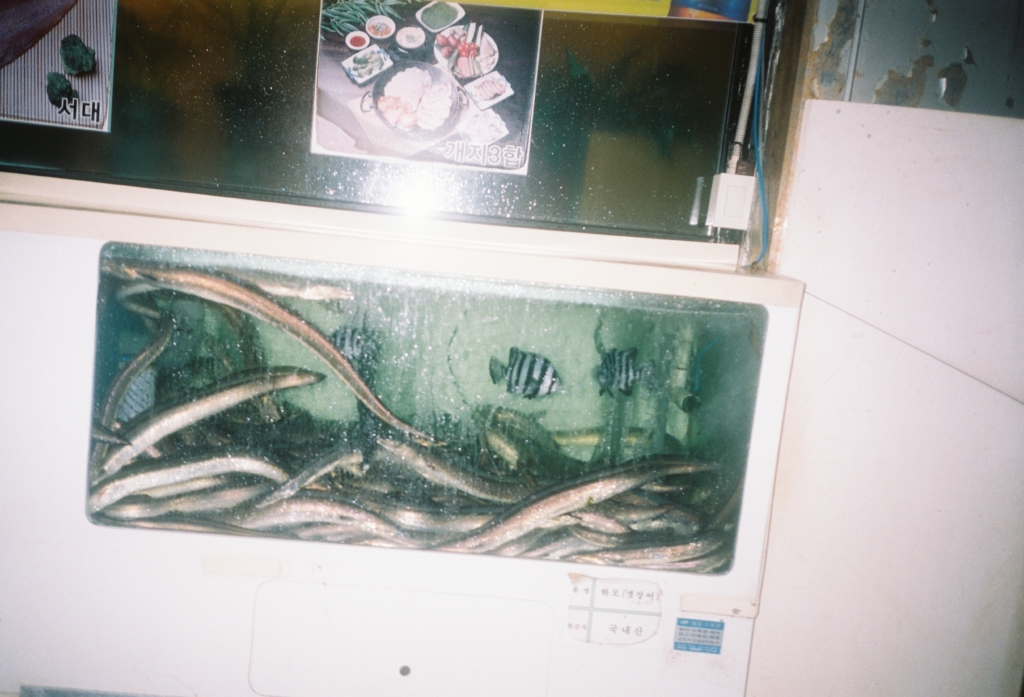 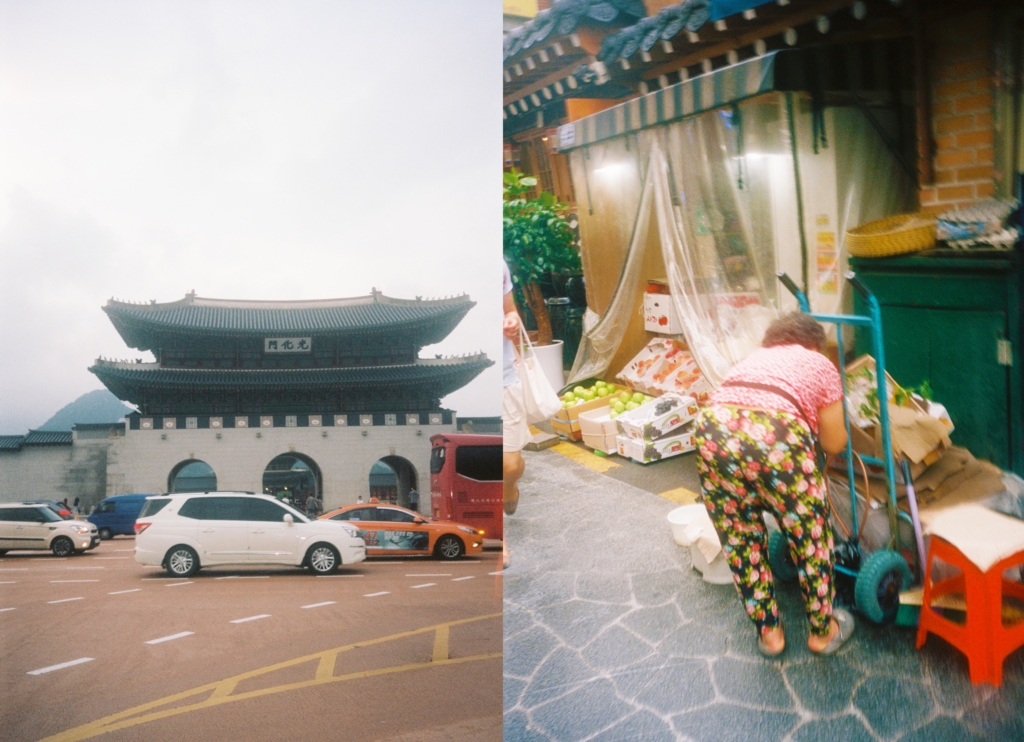 After 2km we stop for an isotonic drink and a dry towel to pat our leaking bodies. Will Moroski gives us some quick intel on the innovation process and tells us why exactly running those first 2km was so easy. We believe him and it’s not just because he looks like this.

By now I am inspired! I’m running in a shoe that took ten years to develop and I am among the first to do it. Not just ready for another 2km, but actually looking forward to it, the Nike crew send us back to the streets and I am literally BEAMING with runners’ high. Plus, there is the promise of an after party at the other end and with prospects of cold beer and fried chicken. I move closer to the front of the pack. I hit play on Eminem’s ‘Lose Yourself’ (just for the intro) just as Instagram user @fresh_princess_of_fitzroy suggested earlier in the day, and I start drafting an email in my head alerting the authorities that this is now a running magazine 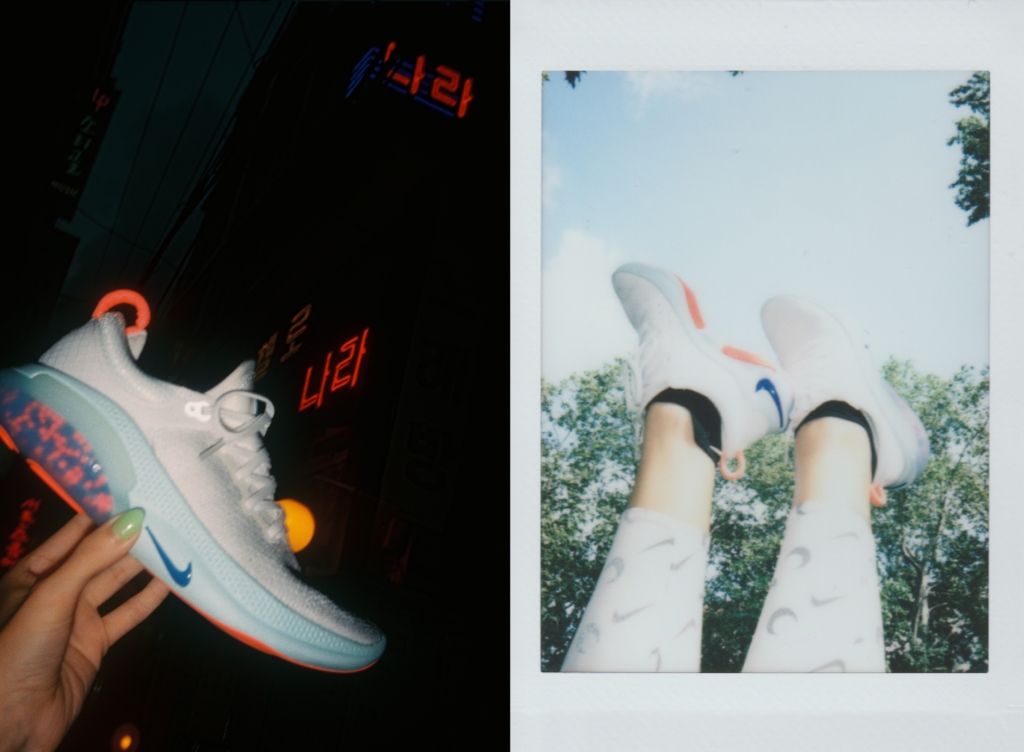 Shortly after running 4km, landing at the after party, plus the additional steps I clocked walking to a from the fried chicken buffet a semi-embarrassing amount of times, I’m introduced to one Will Moroski — the guy with the abs from before, who just so happens to be the Senior Product Line Manager who brought this shoe from dream to reality. You bet I’ve got questions.

“The hardest part about developing the shoe, was that we knew what had to be done but we just couldn’t do it,” he tells me. I empathise entirely because this is exactly me with running/exercising/being a fit person.

“Normally Nike looks at two years to develop a shoe, but the innovation for this one took ten years,” he adds. “Once they had the beads, it took us three and a half years to put it in the shoe.” Um, if that isn’t inspiration enough to get up and do the thing you’ve been banging on about doing — a la ‘just do it’ — I don’t know what is.

Still not convinced? To be honest, my calf muscles were starting to hurt and the runners’ high wearing thin, so I put it straight to Will: Why running? Why do you want to encourage people to run? “Running has always been that thing that you don’t have to pay for, you can literally do it where ever you are in the world — the access is gigantic,” he says. “That’s one of our missions at Nike, to make running or sport a daily habit because we know the health benefits — the mental health benefits — of just being able to disconnect from the stress of work and relationships and life.”

“This technology gives us the opportunity to invite a new runner just to go out and have a good time,” he adds. “Not run 10kms, because that sounds way too hard, but just run around the block — run to get a cocktail.” Ok, mood. 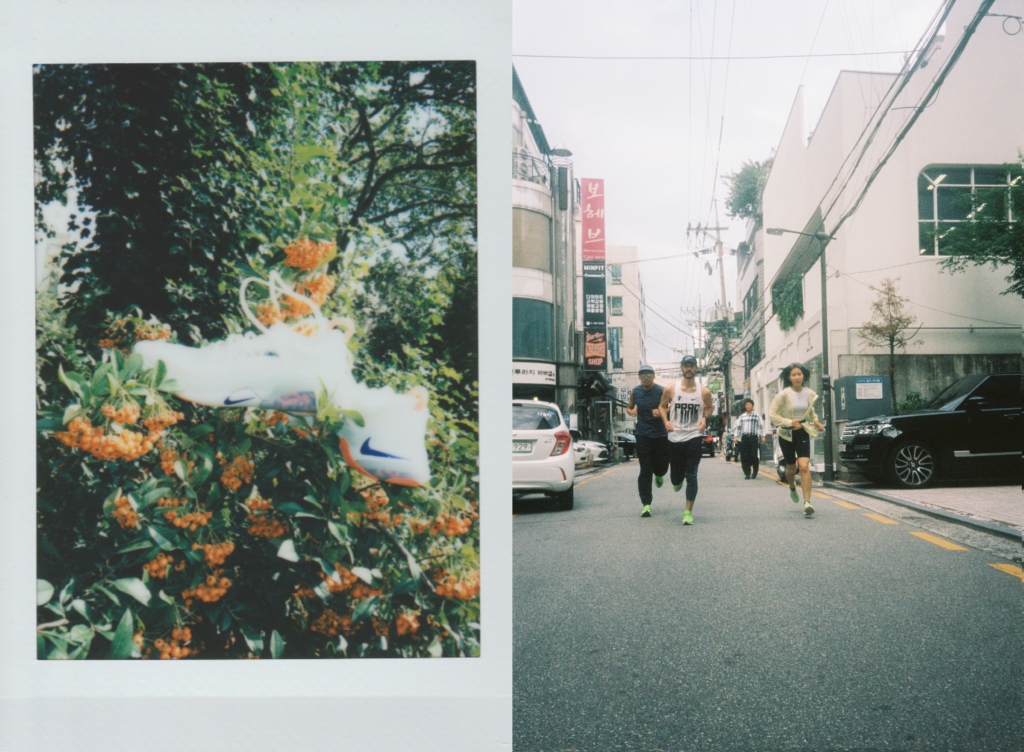