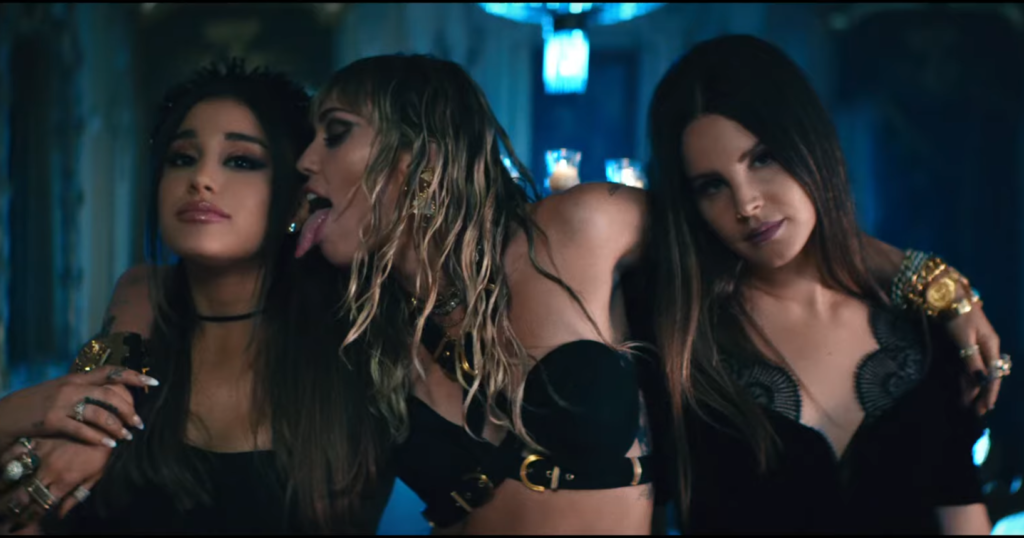 Remember when Miley Cyrus, Lana Del Rey and Ariana Grande collaborated on a song and we thought the world had peaked? But then Lana covered Ariana and we were certain we were actually dead and in heaven? Turns out we were wrong, we were still alive, because now we are literally dead. The Holy Trinity (Miley, Lana and Ariana, obvs) released a music video for their collab from the Charlie’s Angels reboot, ‘Don’t Call Me Angel’.

As for me, don’t call me at all, because I’m busy watching the video on repeat. Directed by frequent Grande collaborated Hannah Lux Davis (she gave us the gift that was the epic ‘Thank U Next’ vid), the video sees our trio wearing angel wings that make the Victoria’s Secret Fashion Show look like child’s play, as they dance, giggle and do extravagant things in an even more extravagant house. At the end, Elizabeth Banks, who plays  Bosley in the reboot, stops the festivities and tells Ari, Miley and Lana: “Angels, this is not our house. Time to go to work.” And she’s right — that’s not their house. The whole world is.

Watch ‘Don’t Call Me Angel’ below: