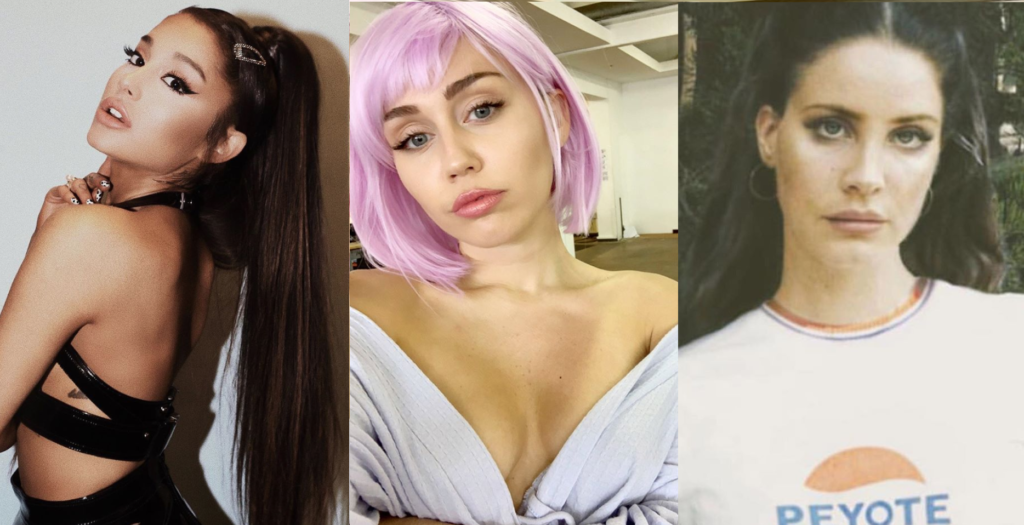 There are very few things in this world that get us as excited as the potential of a Miley Cyrus/Ariana Grande/Lana Del Rey collaboration. Whispers of that epic trio have been circling the web for months, but since internet rumours are often, well, just that, we didn’t get our hopes up. Not even when the holy trinity started liking posts about the collab, making us think it might just be a possibility.

But here’s the thing… there can only so many internet rumours that turn out to fake before one is actually a reality. It’s just science, or the law of averages, or whatever… otherwise all of our hearts would break at the same time, and the internet would disappear indefinitely. Plus, there can only be so many influencer selfies from Chernobyl and creepy Timothée Chalamet dolls before something great can happen. And that something is finally here, in the form of a very real Ariana Grande/Miley Cyrus/Lana Del Rey team up for the upcoming Charlie’s Angels reboot. And we’re not just trolling you, because earlier today, both Miley and Ariana confirmed it.

Both singers took to Twitter to share mysterious teasers, tagging each other and the Charlie’s Angels Twitter. And while we have no clue what the collaboration will actually be (a song? a part in the film? they’re actually just going to see the movie together and will live Tweet the whole experience?), we know it exists. And that’s enough for me.

Also, though I’m definitely excited to see K-Stew, I’m pretty sure Ariana/Miley/Lana is the Charlie’s Angels reboot we didn’t know we needed.

But alas, we’ll just have to wait until tomorrow to see… because the internet can never give us too much of a good thing (besides Keanu Reeves memes), either.