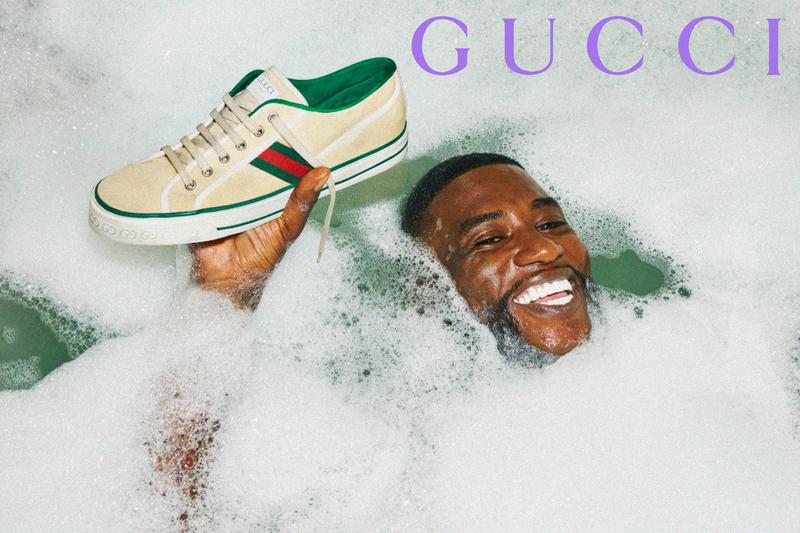 Following Gucci’s controversial Milan FW runway last week, the lux fashion brand has come through with the goods: announcing Gucci Mane as the fresh, tatted face of its Cruise20 campaign #ComeAsYouAre_RSVP. How meta.

Mr Mane took to IG to drop a double whammy — revealing his Woptober II album is out October 17, and to debut the album cover taken from the cruise campaign, which was shot by Harmony Korine. It marks Gucci Mane and Harmony’s second time working together, after Mane starred in the aesthetic yet debatable 2013 film, Spring Breakers. Mane also shouted out to stylist and designer, Alessandro Michelle “this collection is crazy” in his post. Because who doesn’t mind a photoshoot in a massage chair?