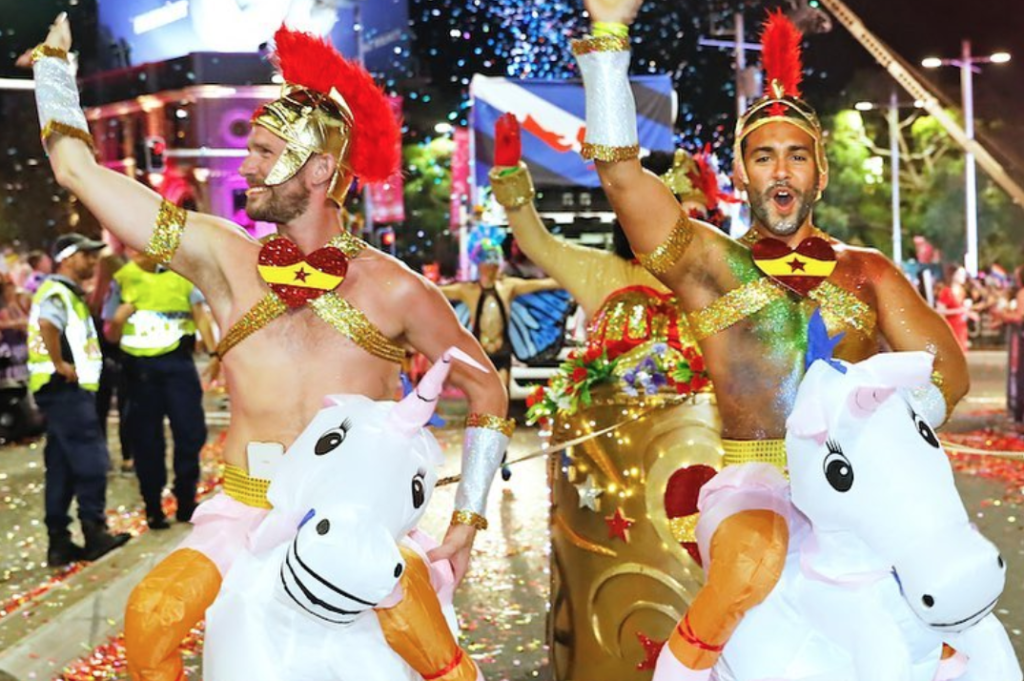 Sydney sure knows how to turn it up over Pride — she has one of the biggest LGBTQ+ events in the world with the Sydney Gay and Lesbian Mardi Gras, which is so officially culturally important that the NSW government has been providing funding for the last ten years. With that, SGLMG makes sure community events are free, programs and exhibitions get toured regionally, and LGBTQ+ history is documented and archived. So, it’s no surprise she came out on top to host WorldPride in 2023.

The biennial WorldPride festival, which we all lovingly know as the ‘gay olympics’, stands to promote, internationally, the LGBTQ+ community via a number of culture events. Sydney will become the first city in the southern hemisphere to host the event. Yes queen.

“Bringing WorldPride Down Under means we can celebrate and shine a spotlight on the unique challenges faced by the LGBTQI community in the region,” SGLMG co-chair Giovanni Campolo-Arcidiaco said.

The event bid described the Asia Pacific region as “one of the world’s most diverse”.

“[It] is home to 60 per cent of the world’s population, yet too often overlooked and under-represented. The vast majority of LGBTIQ+ communities within this region are denied fundamental human rights,” it also read.

🚨 BREAKING 🚨 Sydney has won our bid to host WorldPride 2023! 🏳️‍🌈🌏 Members of the worldwide InterPride network of Pride organisations voted between Sydney, Montreal and Houston as the host city for WorldPride 2023. We won with 60% of the vote. ❤️ WE THANK YOU FROM THE BOTTOM OF OUR HEARTS FOR THE SUPPORT AND VOTES WE HAVE RECEIVED FROM AROUND THE WORLD. ❤️ This is a major win for Sydney, Australia and the Asia Pacific region more broadly. Bringing WorldPride Down Under means we can celebrate and shine a spotlight on the unique challenges faced by the LGBTQI community in the region. A huge thanks to our Federal, State and Local governments, corporate and community partners, the extended team at Sydney Gay and Lesbian Mardi Gras as well as our global community for helping bring WorldPride to Sydney 2023!