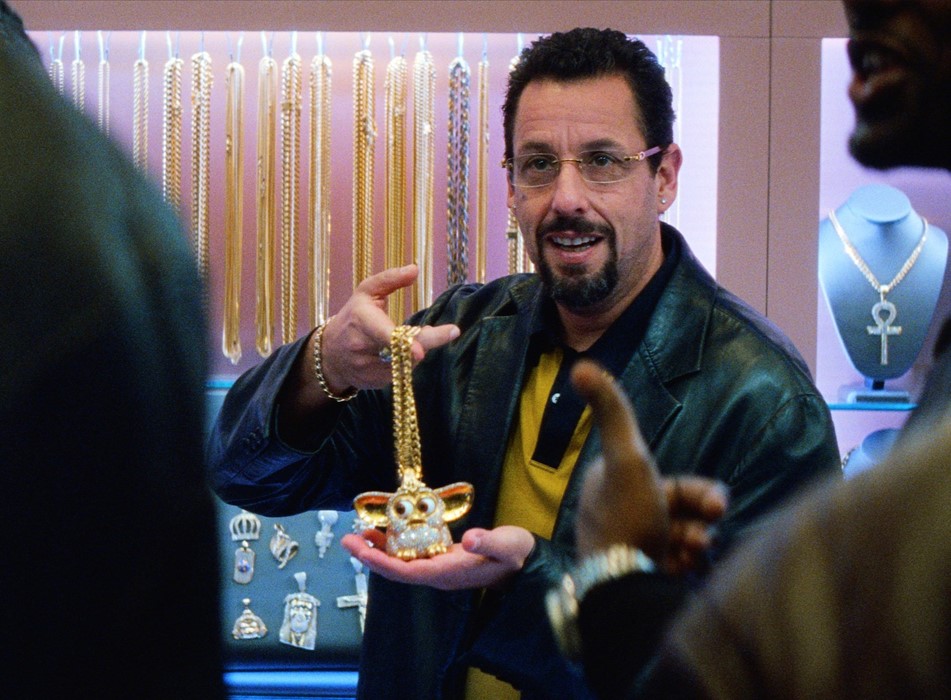 If there’s one thing we know, it’s that people love a merch line. KFC, @everyoutfitonSATC, Rick Owens and Tommy Cash, Jeff Goldblum… basically everyone has dropped one. So, it comes as no surprise that everyone’s favourite hype movie, Uncut Gems, has just dropped their very own swag. But while KFC only went for bucket hats, A24 and the Safdie Brothers have gone all out.

In the movie, Adam Sandler’s character Howard Ratner is commissioned to make some Furby bling. Naturally, the necklace has captured the hearts and minds of the internet, and now you can buy one for your damn self.

Though not as iced out as Howard’s creation, the IRL Furby jewelry is likely far less expensive than the movie iteration, retailing for $250 via A24’s website. Sadly, the gold-plated necklace was limited edition and has already sold out.

But don’t worry — there are a few other Uncut Gems pieces for you, namely a diamond grading chart, a zine by Benny and Josh Safdie and a basketball.