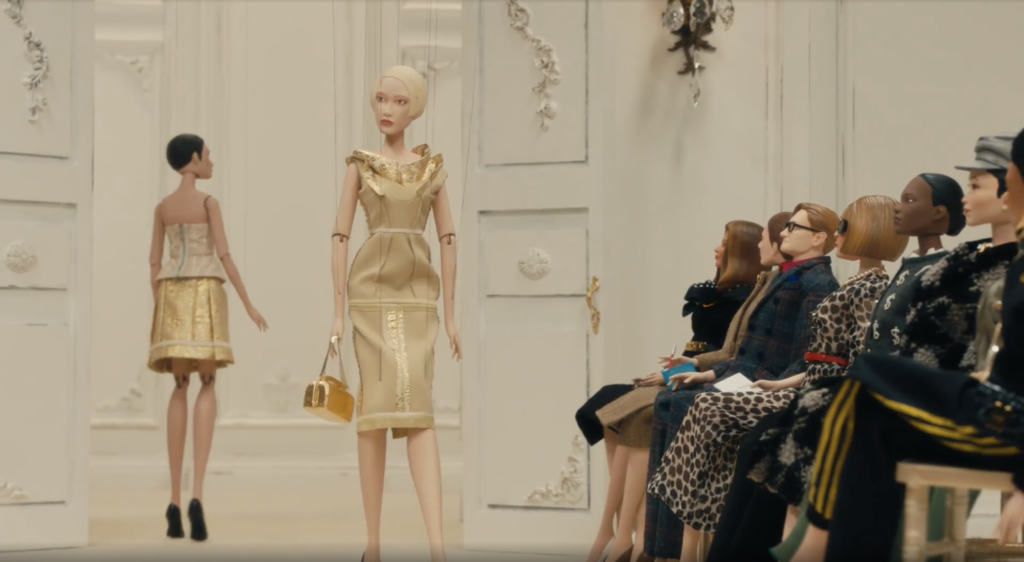 Jeremy Scott sent marionette models down the runway to debut Moschino’s SS21 collection during Milan Fashion Week. His mind! From recreating all-star audience members like Dame Anna Wintour to the gold ornate venue that was to die for, the creative director pulled off a mini-show that’s just as fun to look at it will be to wear.

Of course, the whole thing plays super well into Moschino’s signature aesthetic, while acknowledging that in order to start over, “you have to start small,” according to the brand.

On top of runway shots, the brand also shared an exclusive new video via Vogue.

The vid begins with Scott getting into a tiff with his puppet alter ago. “This isn’t a puppet show — this is a fashion show,” says marionette Scott to the IRL version. Wise words. And were it not for the visible strings that give the dolls their ability to strut down the runway, it was easy to forget for a second that the show wasn’t real.

Scott is just the latest designer to get creative when it comes to putting on a fashion show amidst a global pandemic — Prada went meta with their “The Show That Never Happened,” while Loewe switched things up with a new Home Scents collection and their “show in a box.” Still, he is the first to go all out with puppets. And after watching the show, we’re not only after every outfit we saw, but also mini puppet versions of ourselves. Who can we contact for that?