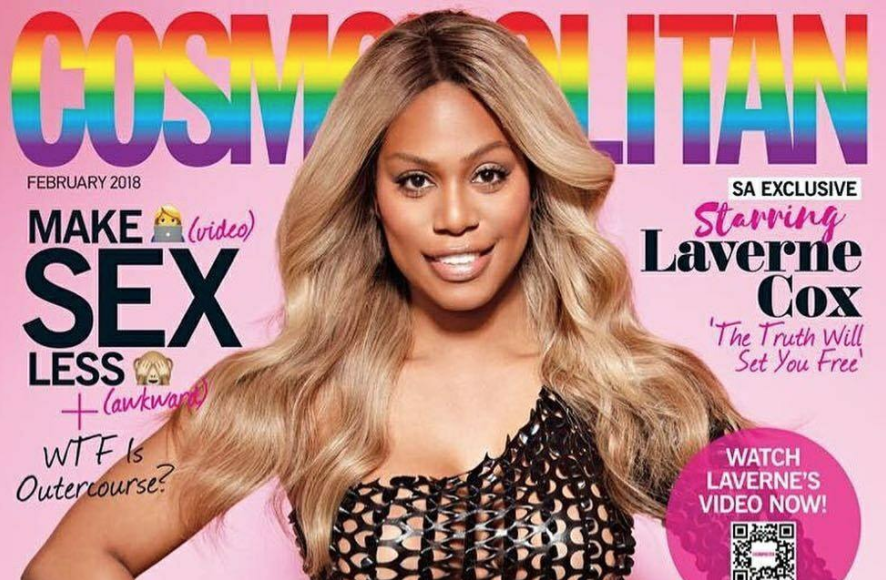 The lifesaving Laverne Cox just chucked a new profile pic on Twitter and it’s her freaking Cosmo cover!! She makes history as the first openly trans woman to grace the front of the publication — this time for the South African edition, with an issue focused on LGBTQI titled ‘Say Yes To Love’.

In a letter inside, Laverne sent an incredible message to the readers: “Trans women deserve to be loved out in the open and in the light,” She writes. “Your voice matters, the truth of who you know yourselves to be matters. The truth will set you free!”

Laverne also opens up about dating. “As a black transgender woman, I’ve often been kept a secret by the men I’ve dated,” She says. “So when my ex-boyfriend introduced me to his dad, and invited me to spend Hanukkah with him and his family, it was the most special thing ever.” <3 <3 <3