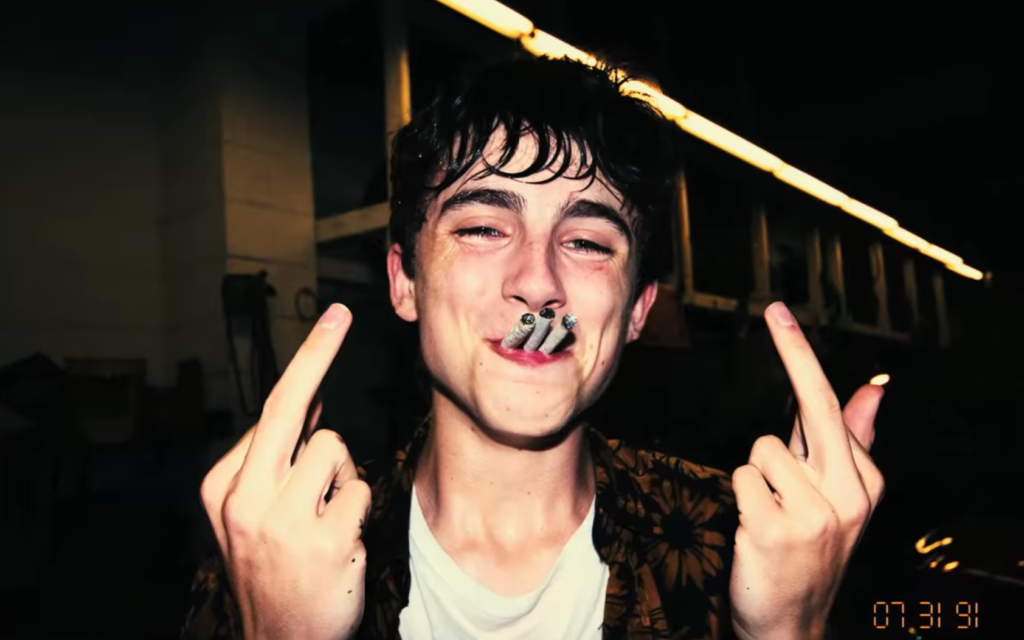 Timothé Chalamet is stepping out of the warm glows of the Italian countryside and into the bong mist of share house lounge rooms and suburban pot slinging, for his upcoming role in 80s thriller Hot Summer Nights.

The trailer, below, sees ur boy ripping cones, pulling chicks and getting hit by drug dealers. “With a hurricane looming in the wings,” the summary says. “Tensions rise against a backdrop of drive-ins, arcades, and crashed parties as the stakes (and temperatures) grow ever higher.” Seems pretty tense.

The film is written and directed by Elijah Bynum (his directorial debut) and is out July 27 — just before Chalamet’s other new film, Beautiful Boy, arrives on October 12.