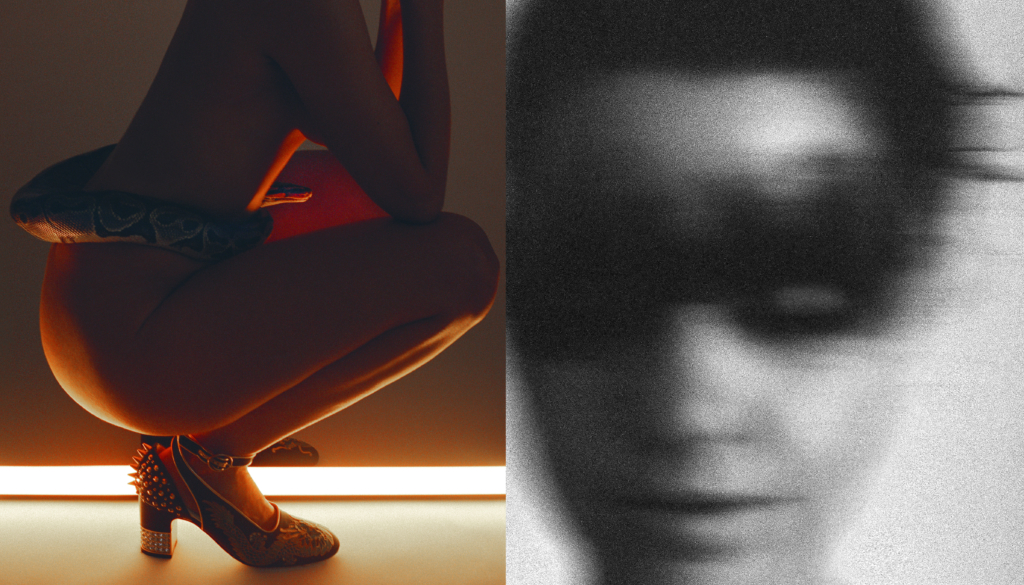 Our dream girl, Renee Parkhurst, opens her debut solo exhibition this weekend in LA. Titled ‘PURE’, the exhibition takes elements of purity and puts them in a dark (and sexy!) place. The theme toes the line of life and death, brightness and darkness, innocence and wickedness. And we’ve just been sent a sneak peak of the works are they are very pleasing on the eyes.

Not just a photography exhibition, Renee is literally bringing the elements from the shoot set ups into the space — which is a gothic church btw — which means hauling angel statues and other props all over the city. Plus, Nick Leng will be there a the opening just casually pulling at your heart strings while he strokes a grand piano. Afterwards, there’s a party with synth pop / performance artist Geneva Jacuzzi. It is a whole deal!

In the final moments before opening, we asked Renee a few pressing questions about the sneak peak she sent over and the next projects she has (somehow!) already started planning… 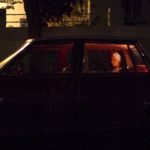 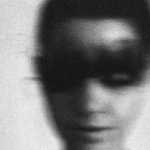 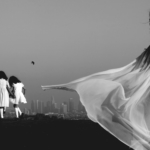 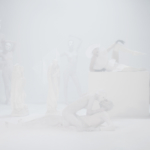 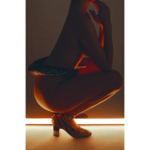 Renee! Your exhibition is almost here. Are you so excited?
I know god damn finally. [Laughs] Yes, let’s do this. I’m occupying my mind with more logistics and check lists and to do’s, rather than thinking too much about the actual evening (or trying to) or else it’s just too much with nerves, you know. But yes I am very excited.

Looking at your insta, you’ve been dragging angel statues and things all across LA for this — what has been the most challenging bits of prep?
Well I really wanted to bring in elements of the shoots to the church to get more of a feeling into them. So all the props for the show have been in all of the shoots so as far as show prep goes most of it is here. But finding these, yeah, actually the angel statues… two friends and I drove around all day and couldn’t find any. We finally found this little flower shop in a semi sketchy area. Within that hour, I got a parking ticket for parking on the curb (my fault), someone tried to break into the car with the girls in it — literally staring in the window licking their lips at them while I was purchasing — and then we got sexually harassed by a separate group of guys which resulted in a full verbal argument with them (their fault) and my friends as I’m trying to load these angels quickly in the car before it escalated. That was a challenging one. We also had to find a bird cage, three black crows, a python, two adorable friends’ daughters… Lucky thing about LA and sourcing is there’s literally anything you want here. Just gotta have time.

And what has been the most fun?
I think it’s been really rewarding having an idea and executing it with only myself as my biggest critic — which can sometimes be the most torturous thing on the other hand. But I love being consumed, kind of obsessing over a bigger project.

You’ve spoken with us briefly about the show in the very early stages — have any ideas changed in the prep process or have you really stuck to the motive?
I’ve stuck pretty close to concept from day one. The only thing that has changed really is that I was going to bring animals into every shoot, and I faded from that idea. There are animals, but not in every shoot. There are now children, and symbolic props that do not breathe, which turned out cool anyways.

The show is called ‘PURE’, where does the title come from?
Pure is the word that best mocks/defines the concept for the exhibition. The concept behind PURE sits with my ideology and also questioning behind human intention and our most natural states of teetering between wickedness and purity. The push and pull we live with inside of us through temptation, desire, sexuality, hunger, survival, greed, love, lust, and innocence. The questioning behind the innocence as a child, and looking at the many aspects of life day by day that shape us to evolve into our more true, animalistic, cruel selves.

And what inspired you to explore these ideas or this aesthetic?
I am extremely interested in understanding why humans behave and do the things that they do. I try and see things as they really are.

You’ve sent over a few images that let us have a sneaky peak at the show. Which one is your fave, and can you tell us a bit about it?
Ah I honestly can’t pick one. There are children leaping towards an ominous city, which I love. The snake wrapped around her lower torso that has a detailed sexual representation, but I love how it has a strength to it and ties in with all the symbolic meaning behind the snake. I’m participating and naked in the group shot so that one is different than the rest in that aspect. The all-white scene with angel statues and white flags, I love that it is mocking the ideology of surrender, a story unravelling masochistic tendencies trapping oneself into unhappiness because there is a secret adoration for it.

It’s not just a white box photography show, you’re doing a full instal — what kind of feelings do you hope people get when they’re walking through?
I want to use lighting, props, levels and chapters of different sounds and layout of where the images are, to all come together to touch as many of the senses as possible — and to feel like they are in the pictures. Like I said, a lot of the props in the church are in the shots, so that’s great for this. I want the concept to be felt as if they were there, or listening to the same ambient soundtrack, or on the next punk song about to come up I was listening to when I came up with the direction for that. I want it to be moody.

Finally, what are you going to do once it’s all over?
I’ll be starting planting seeds for the next one for 2019. This will be my big project every year, having interesting musician(s) for each, different concept, and getting bigger and better every year. Also, getting back into a normal shooting schedule with fashion, absolutely. The last few months have been completely consumed by PURE, so I’m excited to get back to working regularly. A trip to Paris, maybe pop by Australia for the holidays, and take the rest day by day.

I am very excited to finally announce my first solo exhibition, PURE. Eight months working on this baby, eight shoots with my talented muse and friend @genevaxjacuzzi and such a dreamy team for each of these adventures. Each shoot holds its own story and vision, yet falling under the overall concept surrounding the theme of the exhibition. Huge thank you to every single person who gave their talents on each shoot, everyone who helped me off set, and to everyone close to me who has listened to my nonstop rambling of thoughts of this over the last eight months. It is such a pleasure to see this vision come to life. 🌹