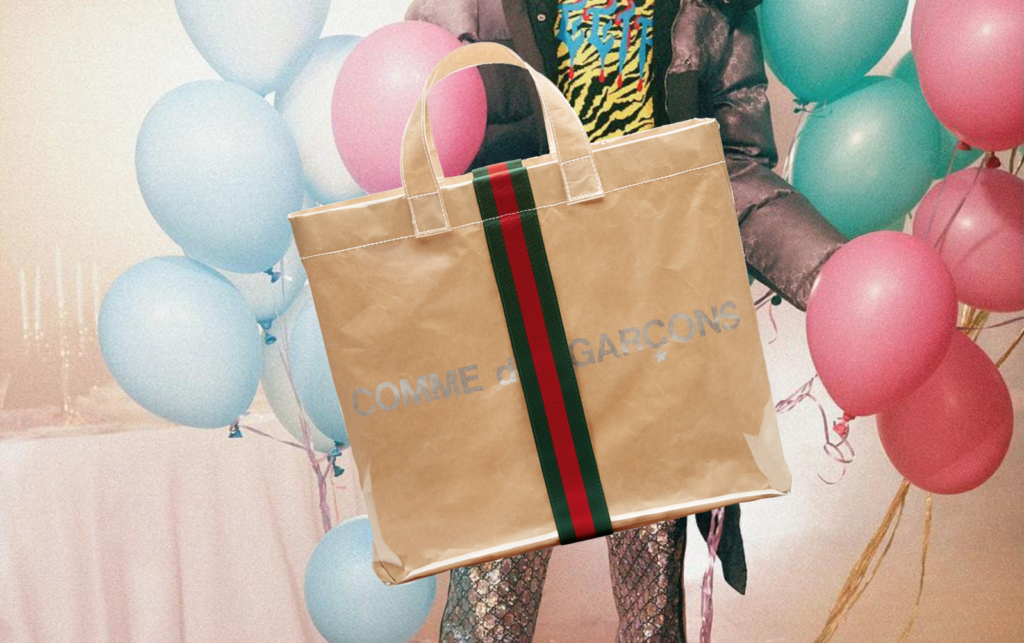 In a collaboration that we had no idea we needed until it was smack bang in front of our undeserving faces, Gucci have teamed up with Comme des Garcons to bring you a tote that is just fantastic.

Your old fave Comme shopper — the brown paper with the plastic shell — now comes decked with a green-red-green Gucci stripe. It’s a curious meeting of two houses, which, while they both continually do the most, are usually pushing in very different directions. They’ve produced a scarf series before, but this feels like a truer meeting of their iconic insignia.

Japan gets the goods first, with the tote arriving at CdG and DSM Ginza from November 23, and everyone else sees in December 6. Just enough time to put it on your list.