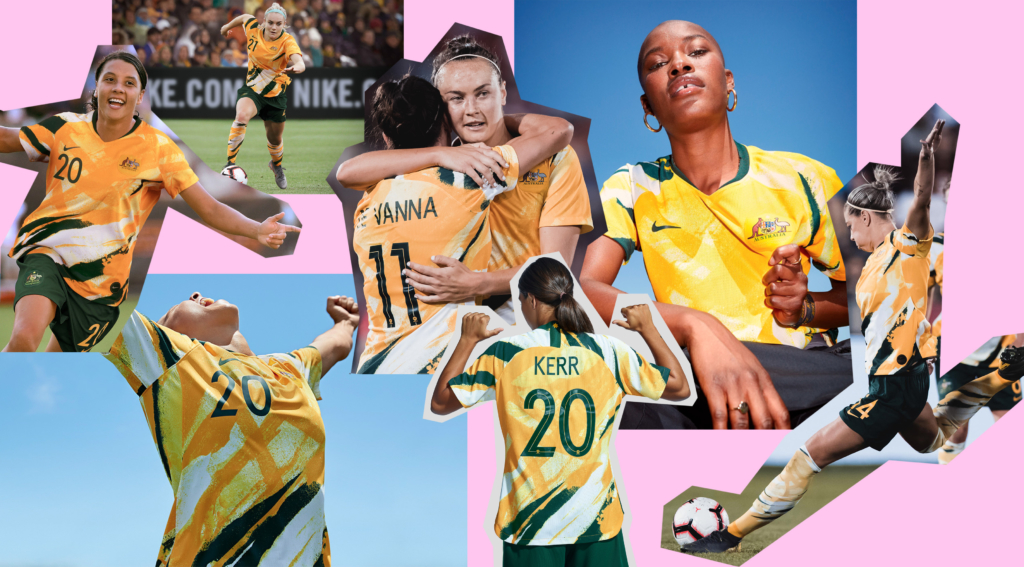 On top of having an anthem ‘Everything We Ever Dreamed Of’ dedicated to them, the Matildas (aka one of the most inspirational groups of women in Australia) have also had a national team kit designed exclusively for them by Nike.

For the rookies: the Matildas are Australia’s women’s football team and they are snatching victories like no one else — no dis against the Socceroos’ achievements, but it was actually the Matildas who were our first national team to win two different confederations. While we are at a turning point for women in sport, the success of this current dream team would not be possible without the female athletes who paved the way. Now, they’re quite literally the best team Australia has ever had and they’re taking the sport to totally new heights.

And this team kit? Check it out! Created by the Nike design team, it’s a big 90s mood across a fresh team jersey (which the players get to wear with matching socks), with painterly swatches that reference those jazzy vibes we all love so much. Nike went full 90s with it not just because this decade very hot right now — as we’ve seen across reissued grunge collections from Marc Jacobs and Anna Sui, plus an SS19 collection from Versace that calls on the era loudly — but the majority of the young team were actually born in the 90s. Also: the kit is made from 100% recycled materials, and each jersey repurposes 12 water bottles. The fact that Nike has diverted more than 6 billion plastic bottles from landfills into recycled polyester is not celebrated enough. 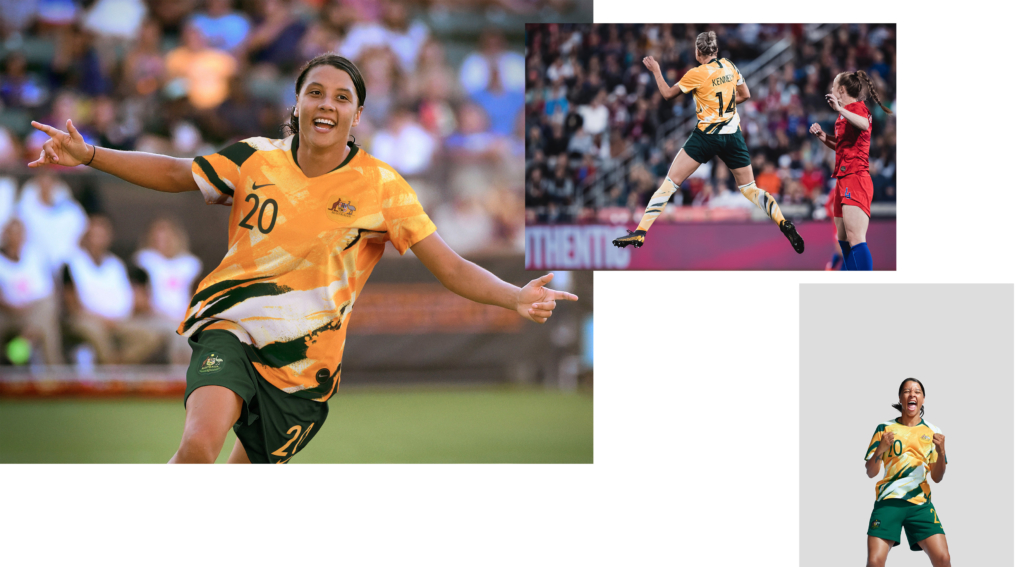 So, aside from looking fresh as heck embracing fashion’s long-standing obsession with soccer (via Off-White, Yoon Ahn, Balenciaga, Versace, Burberry, Alexander Wang, Golf Wang… to name a few) as well as being very sustainable in your fashion choices, there are some genuinely deep reasons why repping a Matildas jersey should be part of your lewks right now. The team represents the ultimate girl squad, and not in a way that requires bottomless mimosas and an Instagram account, but in a way that is truly inspiring. In their entirety, as a crew of women who continuously work together to produce really impressive results, we’re really stoked that they’re the humans representing Australia right now.

Team captain Sam Kerr is 25 years old and got her start in sport by successfully playing Aussie Rules on her brother’s team. Now one of the most prolific strikers in the world, last year she was named our Young Australian of the Year, she scored the most goals in two leagues, two years in a row, and was shortlisted for the FIFA award for Best Female Player for the second year.

“It would be a dream come true,” Sam says on what it would mean to win on the world stage this month. “It’s everything I’ve ever dreamed of. Being the first Aussies to do this would really change how people see women’s football in Australia. We’d like to prove everyone wrong who doubts women’s football and we want to show that women’s football is at its peak. Football to me is way more than just a sport. It’s everything and the tournament is the pinnacle.”

Up front with Sam is Caitlin Foord, who has been shredding for Australia since 2011 — so flipping strong and powerful, she is already back for the big game in Paris this June after a pretty hectic foot injury that she refused to let keep her down.

Then there’s Ellie Carpenter, who is only 19 and is our first Australian international soccer player to be born in the 21st century. Rare! She’s featuring on the world stage in France this year after debuting at the Olympics aged 15, and we’re pretty sure she is going to absolutely tear it up. 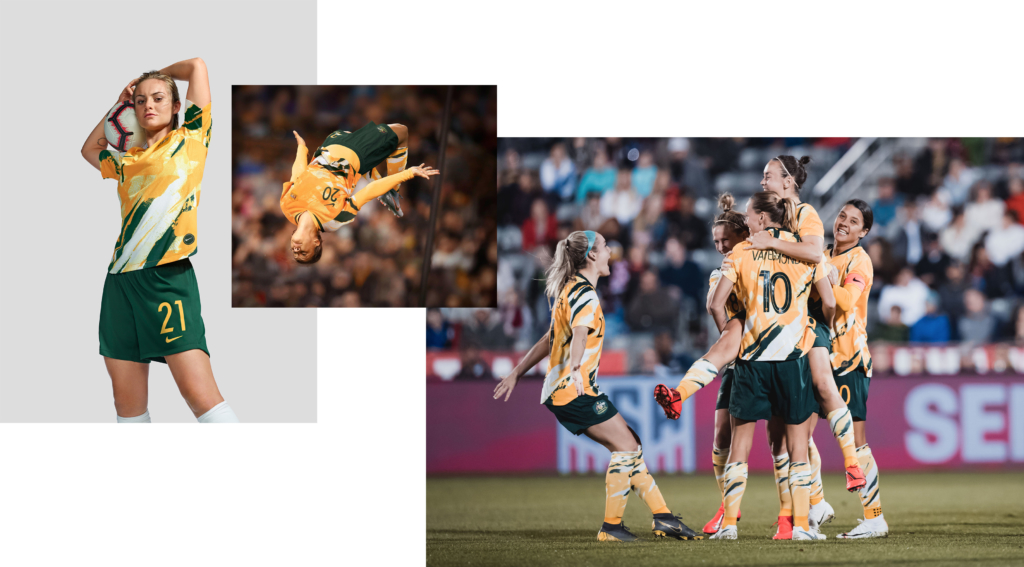 The brilliant and fearless attitude of the girls rings through in their rally cry — “Never Say Die” — and that’s something you can look at and learn from every time you slip on your jersey cos it’s printed right there on the inside. Yes to private positive affirmations! And yes to supporting the people — women — who’re making Australia a country to actually be really proud of.