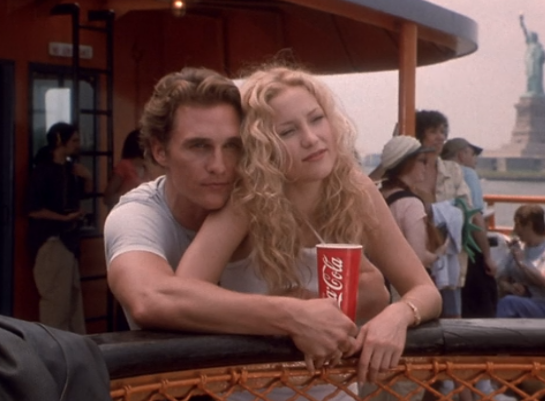 Everything old is new again with television/cinemas ongoing obsession with reboots. Over the last year or so, we’ve seen Sabrina, Charmed, Heathers, and rumours of the upcoming Buffy and Clueless reboots; then, when the TV gods ran out of 90s girl power to revitalise, they moved onto drama from the early-aughts with our beloved Gossip Girl. And now, it seems, They’re reaching into the rom-com bag and pulling out How To Lose A Guy In 10 Days.

Short-form streaming service Quibi has announced their plans to remake the romantic comedy in all out millennial tone. If you recall, in the original film, Kate Hudson’s character works at a fictional magazine, where she’s been tasked to write a story about, you guessed it, how to lose a guy in ten days. First, she makes him fall for her, then starts doing misogynistic mid-aughts “crazy chick things” like crashing his boys night, talking during sports games and filling his bathroom cabinet with tampons. Yikes.

As for Quibi’s reboot, it will “[follow] a glib young online columnist and an oversexed advertising executive who both need to prove, once and for all, they’re capable of being monogamous.”