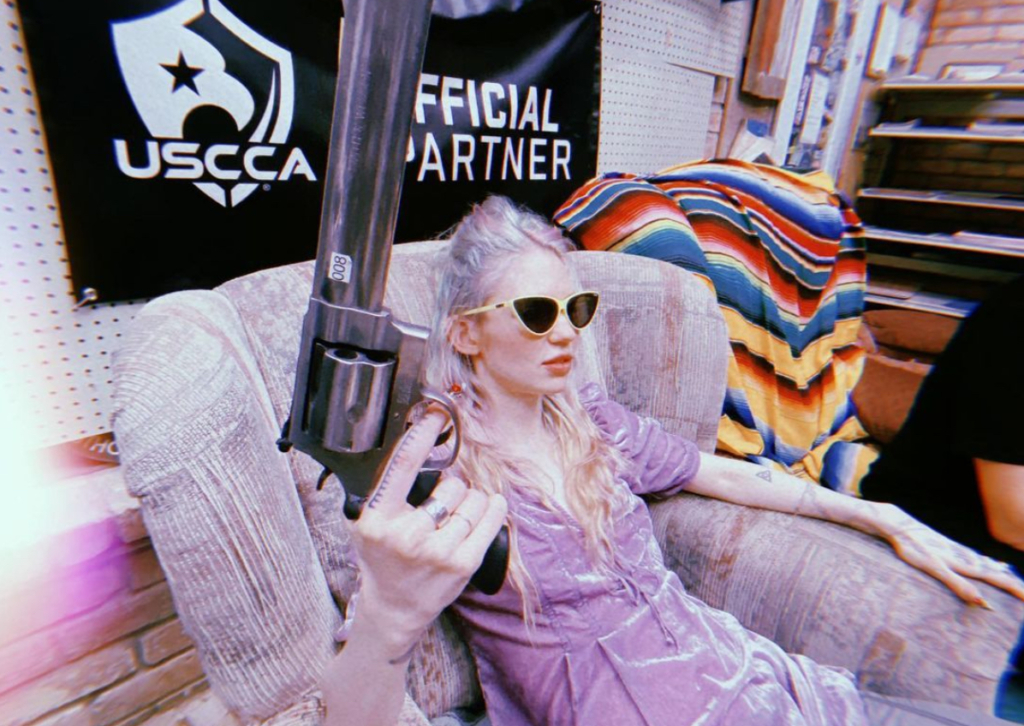 Grimes has had a busy few weeks. Earlier this month, the singer released a full remix record as her in-character game from Cyberpunk 2077, an “open-world, action-adventure story” game; then she released “Delicate Weapon,” the official single from the soundtrack. Now, our favorite alien angel has revealed that she’s officially updated the album artwork for her most recent album, Miss Anthropocene. Released last February, the record features singles like “My Name Is Dark” and “Violence” — and was the last album she dropped before giving birth to her baby boy, X Æ A-12. But apparently, she was never fully happy with the cover.

Earlier this year, the singer revealed the original art for the album on Instagram, saying “I polled a bunch of ppl and everyone said not to use it (??) but I wish I trusted my gut. I fucking LOVE this painting,” she added about the piece by artist Rupid Leejm. When the album was released, it featured cover art by GMUNK and Ryder Ripps. “I love what we did w Ryder and Gmunk,” she noted, “not hating on that just wish I’d even kept this as the illustration in the program maybe instead of my drawing which.. is fine but not blowing my mind haha.”

Well, it looks like the singer got her wish. As of today, Spotify and all other streaming outlets have updated Miss Anthropocene to feature the original work by Leejm.

“Normally I draw the covers myself I just wasn’t feeling it for miss A after like ten failed album covers,” she said of the experience, also adding that she loves “commissioning and/ or buying prints and art. It’s something I just got into this year. It’s a great way to support visual artists during the quarantine.”

Can’t wait to see what art she comes up with for her next album.