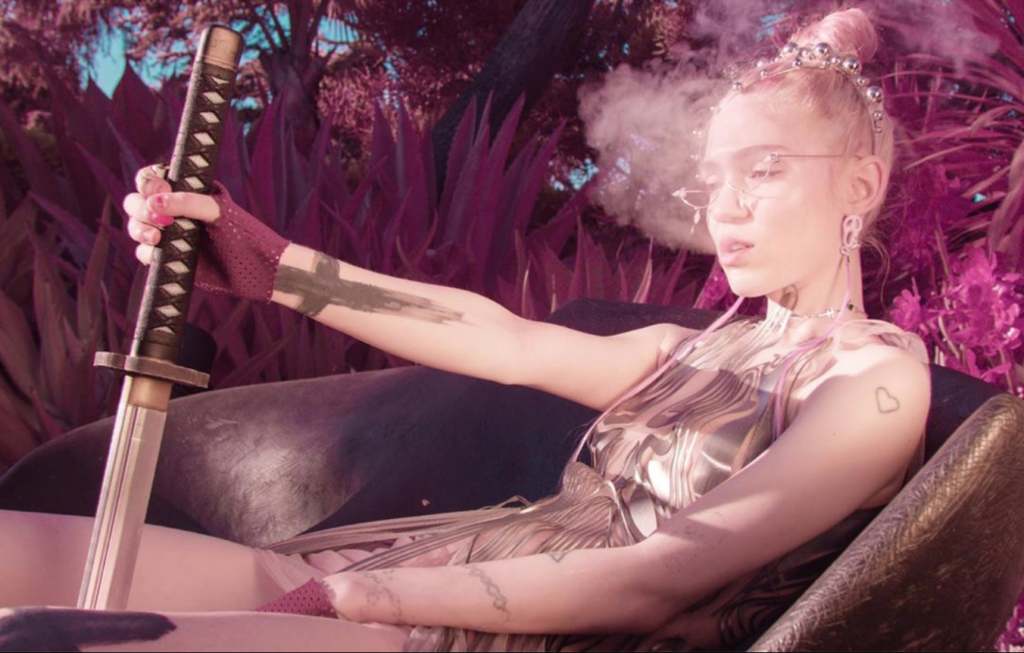 At the very beginning of summer, Grimes told us her new album was finally almost ready. Of course, for we thought that meant we’d be listening to bops from Miss_Anthropocene by the end of June. But the summer passed, and all we got was a tiny sneak peak in the form of a Stella McCartney campaign. Now, it’s September, and while we haven’t gotten the record yet, our girl Grimes has decided to kick off Hot Nerd Fall with her new single and music video, ‘Violence’.

Her first hit since last year’s ‘We Appreciate Power‘, ‘Violence’ is an annoyingly catchy (but only in the best way) dance banger that’s equal part ninja badass and manic pixie dream aka the Grimes signature. So, of course, we’d expect nothing less for her self-directed vid, in which she wears full Kitana costumes, dances with a sword and reads “The Art Of War.” Gotta love her, even though I’m 99% sure she’s an alien.