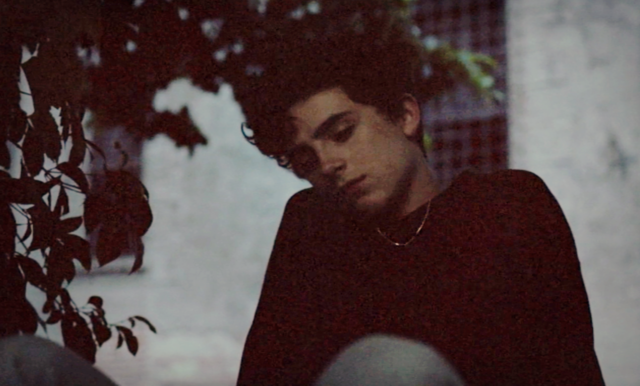 There are very few people who are able to completely capture the world’s consciousness so completely, that everything they do is written about everywhere. And it’s not often that those people (or their actions) are even that worthy. Kim Kardashian takes a stroll in the park, Kanye West votes for Trump… you know the drill. But then there’s Timothée Chalamet. Literally everything the guy does goes viral. Timothée Chalamet dolls, Timothée Chalamet’s hair, Timothée Chalamet ripping cones in the Hot Summer Nights Trailer… pretty much the only thing the entire world can agree on is the fact that Timothée Chalamet is a treasure. Here’s more proof: Timothée Chalamet rapping. Just two weeks after announcing that he’s taking a break from acting, the 23-year-old joined Kid Cudi onstage at ComplexCon in California to spit some lyrical justice.

The actor introduced Cudi by reading Common’s intro from the rapper’s 2009 album Man on the Moon: The End of Day, before bobbing around kind of aimlessly. Then Pusha T came out and they all partied.

While this might sound a bit weird, don’t forget that Chalamet was one of the few (very, very few) people invited to Kid Cudi’s birthday party, and that he likes to rap. Two years ago, the actor and his mum rapped ‘Bartier Cardi’ at the SAG Awards.

We told you, he’s perfect.