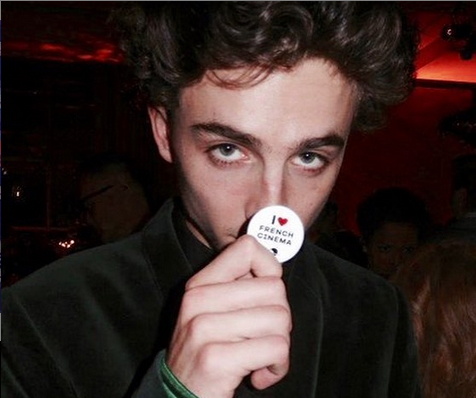 Remember a year ago when we found out Timothée Chalamet would be starring in Wes Anderson’s film and died (RIP us)? Well, the actor has brought us TF back to life because that film has a title and a release date. That’s right. We are shook.

The French Dispatch will be out July 24, 2020. And even though it’s not actually four hours long or a musical (thanks for the heartbreak, IMDb) it will be a “love letter to journalists set in an outpost of an American newspaper in a fictional 20th-century French city that brings to life a collection of stories published in The French Dispatch magazine,” according to the synopsis.

So, there you have it, folks. TChal is a rapper, the world’s best-dressed man, has really great hair and will be playing Bob Dylan in an upcoming biopic. But before he does that, he’ll be stealing our hearts (again) when he returns to acting to play a journalist.

Along with Chalamet, the film will reportedly also feature the actor’s Little Women co-star Saoirse Ronan, as well as Benicio Del Toro, Tilda Swinton, Lea Seydoux, Frances McDormand and Jason Schwartzman, who co-wrote the story with Anderson, Roman Coppola, and Hugo Guinness. In an interview, Anderson said the film is about “an American journalist based in France who creates his own magazine. It is more a portrait of this man, of this journalist who fights to write what he wants to write. It’s not a movie about the freedom of the press, but when you talk about reporters, you also talk about what’s going on in the real world.”

Us looking at our calendars waiting for July rn:

Be still our magazine — err heart.